Side appears in the following palindromes (phrases that read the same backward as forward):

Usage statistics for the noun side:

Side is sometimes a misspelling of said or sight.

The word side is considered to be an easy one, according to the Dale-Chall word list, which includes 3000 words that all fourth-grade American students should know and understand.

Definition of the noun side

What does side mean as a name of something?

Side is one of the top 50 most common nouns in the English language.View more statistics!

Alternative definition of the noun side

Specialised definition of the noun side

Definition of the adjective side

What does side mean as an attribute of a noun?

Definition of the verb side

What does side mean as a doing word?

Alternative definition of the verb side

Side is an ancient Greek city on the southern Mediterranean coast of Turkey, a resort town and one of the best-known classical sites in the country. It lies near Manavgat and the village of Selimiye, 78 km from Antalya in the province of Antalya.

Side is a musical group.

Phrases starting with the word Side:

Phrases ending with the word Side:

View more phrases with the word Side in thesaurus!

Printed dictionaries and other books with definitions for Side

sheer, corresponding with the fore side of the b ak-head and it is complete. The stations of the head-timbers may next be drawn thus : place the stem timber, or that nearest the stem, which is 7 inches, sided half its siding before the stem, and ...

Online dictionaries and encyclopedias with entries for Side

Usage statistics about side

Usage statistics for the noun side:

Distribution of usage frequency for the most common synonyms of the noun side: 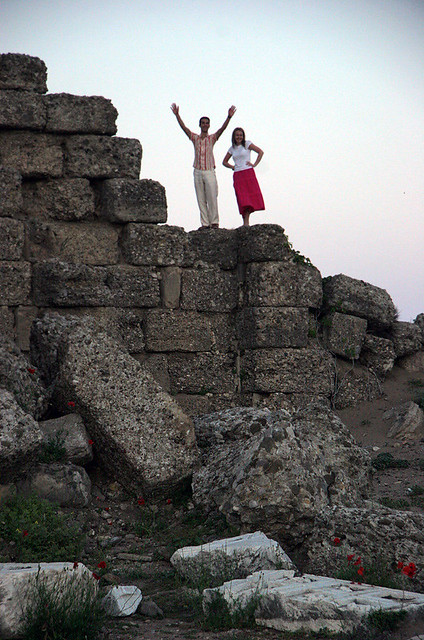 View more pictures about The Side, This Side, West Side, and South Side.

View more videos about Leg side, Off Side, Side Show, Side View, Other Side, Side chain, Side Valve, Supply Side, distaff side, Side by Side, Touring Side, The Dark Side, On the Plus Side, On the wrong side, and Dark Side of the Moon.

See also the pronunciation examples of Side!

There is only one side of the market and it is not the bull side or the bear side, but the right side. (Jesse Livermore)
more quotes about side...