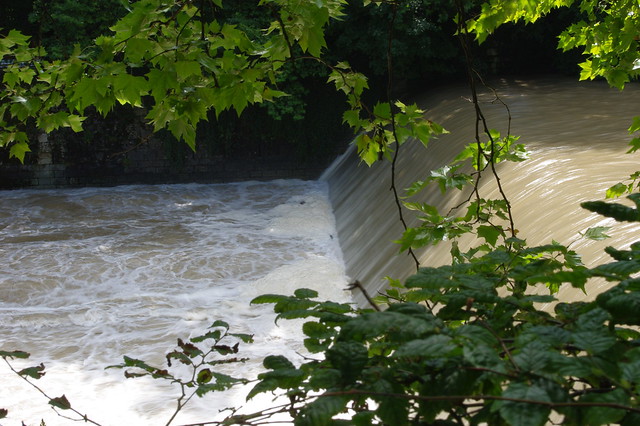 The Sihl is a river in Switzerland. It rises at Drusberg in the Canton of Schwyz. It passes through the Sihlsee near Einsiedeln, and then enters the Canton of Zurich, flowing through the Sihl valley at the foot of the Albis, passing the Sihlwald, the largest remaining deciduous forest of the Swiss plateau, near Langnau am Albis. In Zurich the Sihl flows underneath Zürich Hauptbahnhof, before joining the Limmat.

"Sihl" is a musical album of Jason Kahn.

Printed dictionaries and other books with definitions for Sihl

Sihl Professional Photo Barite 290 Satin 4804 • Sihl is a European company that does the paper coating for a number of other paper manufacturers (e.g., Hahnemuehle), but also sells its own papers like this new Barite 290 Satin. Printing with ...

The Sihl is a stream which has a rapid fall and is already used to give hydraulic power. It will be possible to obtain as high as 60,000 horse-power under the proposed conditions. The current is to be utilized for supplying light and. power to the ...

The Sihl is a little river which keeps on the south side of the Lake of Zurich, and which joins the Limmat, through which this lake diacharges its water into the Aare and thus into the Rhine, a little below the town of Zurich. A true mountain stream, ...

Sihl is a subsequence of S with sum zero and length ...

sihl), also Archdiocesan (ARCHdaiAHsuhsuhn): A purely consultative body of the faithful made up of clergy, religious, and laity, established to assist the bishop or archbishop by advising him on pastoral matters of the diocese or archdiocese.

Jacob at the Sihl River.

A Dictionary, Geographical, Statistical, and Historical, of the Various Countries, Places, and Principal Natural Objects in the World (1849)

Principal rivers, Reuss, Sihl, which forms the N.E. boundary, and Lortz, which brings the waters of the Egeri lake into that of Zug, and forms also the outlet of the latter towards the Reuss. The lake of Zug, principally comprised in this canton, but ...

A Dictionary, Geographical, Statistical, and Historical (1866)

Of the Various Countries, Places, and Principal Natural Objects in the World by John Ramsay McCulloch

Principul rivers, Keuss, Sihl, which forms the NE. boundary, and Lortz, which brings the waters of the Egeri lake into that of Zug, and forms also the outlet of the latter towards the Keuss. The Lake of Zug, principally comprised in this canton, but ...

Dictionary of geography, descriptive, physical, statistical, and historical, forming a complete general gazetteer of the world (1862)

The principal portion lies in the basin of the Reuss, and is watered by the Reuss and the Sihl ...

Online dictionaries and encyclopedias with entries for Sihl