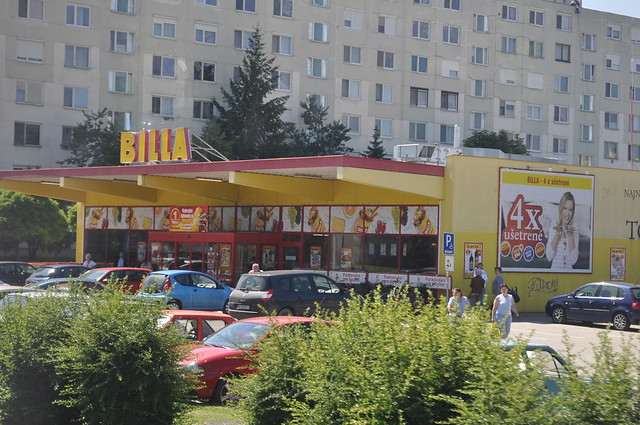 Slovakia or is a sovereign state in Central Europe. It has a population of over five million and an area of about 49,000 square kilometres. Slovakia is bordered by the Czech Republic and Austria to the west, Poland to the north, Ukraine to the east and Hungary to the south. The largest city is the capital, Bratislava, and the second largest is Košice. Slovakia is a member state of the European Union, Eurozone, Schengen Area, NATO, the United Nations, the OECD and the WTO, among others. The official language is Slovak, a member of the Slavic language family.

Printed dictionaries and other books with definitions for Slovakia

Slovakia is a party to international treaties on corruption, among them the OECD Convention on Combating Bribery of Foreign Public Officials, UN Anti-Organized Crime Convention, UN AntiCorruption Convention, and Criminal Law ...

Slovakia is a vast museum of folk art. Songs that have sprung from the hearts of the people and have passed from lip to lip for ...

Slovakia is a very civilized, beautiful, cultured, interesting country. (Arian) At our project day we could show people: 'Hey, there are countries that do not live brutally but nevertheless are located in Eastern Europe'. (Freya) None of these ...

A Historical Dictionary of the Newly Independent States by James Minahan

What Transitions Elsewhere Can Teach Us about the Prospects for Arab Democracy by Stephen R. Grand

Slovakia is a stable democracy, firmly anchored in the European Union and NATO. An active civic sector continues to push for greater transparency, accountability, and public participation in governance. Meciar's popular support has dwindled ...

Slovakia is a rather small country. Being one of the few countries in the world with a flat tax rate until 2012, Slovakia has been of interest to financial ...

Slovakia is a young country, with a young tradition of democratic politics and economics. Its progress has been impressive. Many Slovaks believe that it is a wise policy to work hard and to invest money in education and technology. In less than ...

Selected papers from the conference on Shakespeare Translation in the Romantic Age, Antwerp, 1990 by Dirk Delabastita, Lieven Dhulst

Since Shakespeare's way into Slovakia is a special case, this aspect will be discussed separately at the end of this paper. Though there were tremendous differences between Poland and Bohemia along cultural, social, political, and other ...

The World's Best Paddling Locations and Techniques by Paul Mason

River Dunajec Slovakia is a small country, but it's big in the world of kayaking and canoeing. This is home to Michal Martikán, winner of two Olympic and seven World Championship gold medals for white-water canoeing. Fortunately, you don 't ...

Romany migration was perceived as economically motivated and western governments stated that, despite shortcomings in the living conditions of the Roma, Slovakia is a democratic country. Slovak authorities demanded a European ...

G E o G R a phy A us tria, Czech o–Slovakia, Hungary, Rum an ia HESE four countries are called for convenience the Central European States. The first three came into separate existence as a result of the World War, having formerly been a ...

Online dictionaries and encyclopedias with entries for Slovakia

Slovakia's joining the OECD in 1999 is totally dependent on meeting economic reforms required such as transparency and legislation that permits fair and open conduct of trade and business. (John Mica)
more quotes about slovakia...