Definition of the noun soundtrack

What does soundtrack mean as a name of something?

Alternative definition of the noun soundtrack

Definition of the verb soundtrack

What does soundtrack mean as a doing word?

Printed dictionaries and other books with definitions for Soundtrack

Music Composition for Film and Television (2011)

A soundtrack is a combination of dialogue, sound effects, and music. There is a style of music based on the manipulation of noises called “musique concrete,” originating in the work of French composer/theorist Pierre Shaeffer. Shaeffer took ...

A soundtrack is an audio file (usually a song) that plays behind the video. It's represented by a green field that literally sits behind the filmstrip. (See Chapter 12 for more on editing audio.) • Clips size slider. This control determines how many ...

The musical soundtrack is an eclectic and, for most of the time, fairly predictable mix. But some twenty minutes from the end, a strong and familiar orchestral score takes over, and continues without a break for six minutes and twenty seconds.

The Optical Soundtrack: The optical soundtrack is a technological holdover from 1928 when sound first came to movies. It was known then as the Fox System since it was developed by the Fox Film Corporation (prior to becoming 20th ...

Hanif Kureishi's The Buddha of Suburbia (2002)

mourous, the David Bowie soundtrack is an inspiration, and the casting is superb from Roshan Seth's embarrassingly emotional Har- oon...

The soundtrack is a cacophony of voices making car noises and exhortations to ' come on!' and 'drive faster!' The two boys and cars, followed by the camera, trace a circuit or two of the room before arriving at a tall construction of larger plastic ...

The Cinema of Nightfall by Chris Fujiwara

The soundtrack is a tapestry of natural sounds, predominantly the wind and the two women's clothes rustling in the sugarcanes; against this background, a number of distinct sounds become prominent: the amplified hum of the wind whistling ...

As such, the soundtrack is a thematic analogue of border crossings that structures the score in a direct relationship to the film's narrative organization, distorted mise-en-scene, and political ambitions. Rather than following the conventional ...

The Rodgers and Hammerstein Encyclopedia (2007)

The magnetic film and the picture are edited together in complete synchronisation and eventually the soundtrack is transferred, either as an optical or as a magnetic track to the release prints of the film. MAGNETIC SOUNDTRACK A soundtrack ...

The Top Twe ROCK SOUNDTRACK MOVIES A great rock soundtrack can do wonders for a movie. It can complement, undercut or contrast with the imagery unfolding on screen, and thereby forever forge mental connections between a song ...

Even aside from musicals, virtually every American film from the sound era has included a soundtrack of background music that helps to set the tone and atmosphere for the scenes in which it appears. Early on, film music was dominated by ...

The enormously popular soundtrack to O Brother received Grammies for Album of the Year and Best Compilation Sound...

Everything Fab Four by Kenneth Womack

Online dictionaries and encyclopedias with entries for Soundtrack 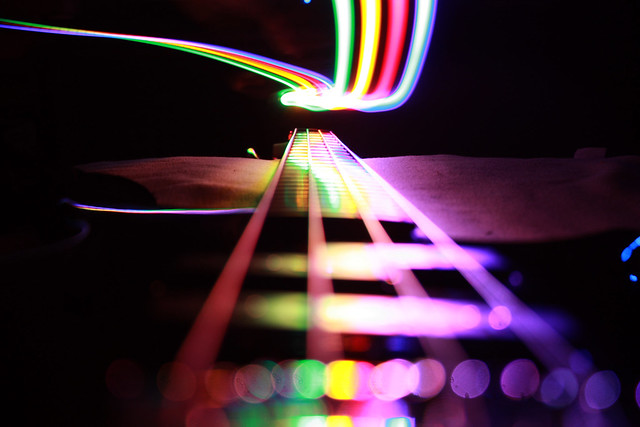 Usually, when I do a soundtrack, the music from the movie doesn't have anything to do with me personally. It's music to enhance to the film. My own stuff is more introspective and about what's on going in my head. (Stanley Clarke)
more quotes about soundtrack...