Definition of the noun stela

What does stela mean as a name of something?

Alternative definition of the noun stela

"Stela" is a Croatian film directed by Petar Krelja. It was released in 1990.

Printed dictionaries and other books with definitions for Stela

The Politically Incorrect Guide to the Bible (2007)

The stela refers to events recorded in the Old Testament Book of II Kings and refers to how the writer “killed...

around the year 930 BC, the stela is the personal testimony of a Moabite king that ...

For both, the stela is an aspect of the traditional wall, whereas "the new Wall," argues Oteiza, "must turn out to be, always, a fragment of an open system, of an unstable, broken equilibrium, which gradually reestablishes itself from the outside.

The stela is the most interesting part of the tombs at Drah-Abou'l-Xeggah and at Aby- dos. Between the YIth and Xlth dynasties, there is a gap; no monuments had been found out when the Entefs suddenly appeared, in the The- ban necropolis ...

Tombs of the South Asasif Necropolis (2014)

Unfortunately, the stela is an undecorated blank. In front of the ...

The stela is a 1.4-meter by 2-meter slab of limestone bearing an image of an elaborately dressed ruler shown in profile and carved in low relief in a style reminiscent of other contemporaneous stelae from Kaminaljuyú and Izapan sites. A long ...

A Book of Readings by Miriam Lichtheim

Whereas the Karnak stela is a fragment, the Shellal stela is complete. It is a round -topped stela of red granite, 2.53 m high. In the lunette, under the winged sun- disk, are the cartouches of the king. Below is the inscription in twelve columns.

The Aramaic treaty texts from sefire speak of “all Aram” as well as “upper and lower Aram” and the so-called Bar-Hadad stela refers to an Aram in northern syria. The “people of Aram” in v. 5 thus should be seen as an inclusive term referring to ...

The Turin stela is a rectangular limestone slab, 0.20 x 0.54 m. It is dedicated to the serpent-goddess Mertseger, a guardian goddess of the Theban necropolis who was viewed as dwelling in, or being identical with, a mountain peak of the ...

A Dictionary of Ancient Near Eastern Mythology (2002)

The Zondervan Encyclopedia of the Bible, Volume 5 (2010)

stela, stele. A stone slab (Lat. stela, Gk. stēlē), usually oblong, not forming part of a structure but set up in a vertical position, used for votive purposes or as a memorial to some person or event. Upon these slabs were carved ...

Stela 1: hieroglyphic text. [Drawing by John Montgomery.] new one (expressed as a Calendar Round date) was typically linked to its predecessor by what scholars call a Distance Number. The Distance Number employed the same place ...

Online dictionaries and encyclopedias with entries for Stela 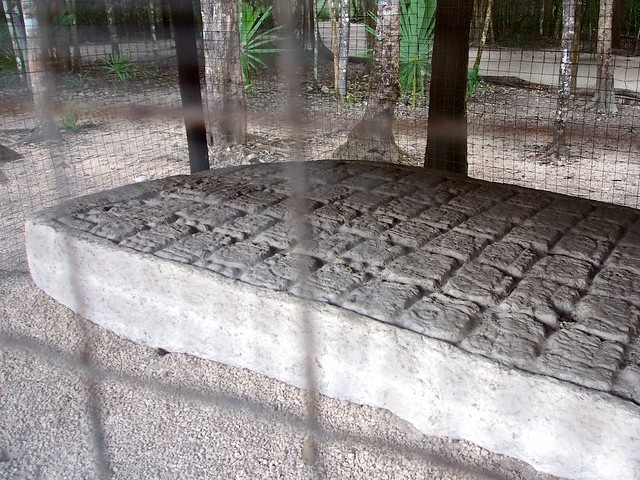