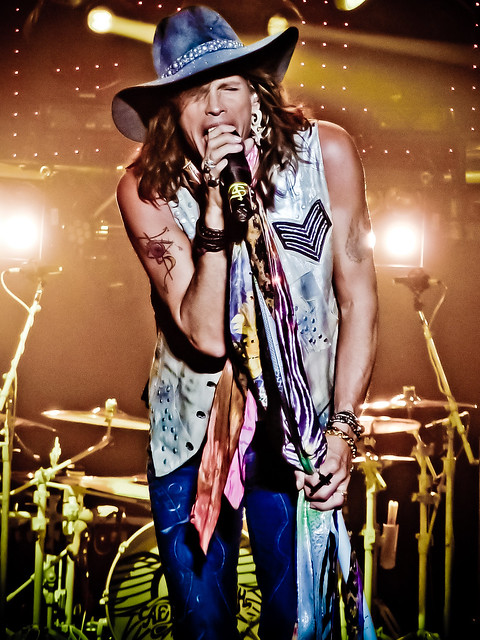 Printed dictionaries and other books with definitions for Steven Tyler

Vocalist Steven Tyler and guitarist Joe Perry are seen here at a 1989 concert at the Boston Garden. ing tours and increasing antipathy among members. The lineup changed by the end of the 1970s, including the departure of Perry, who ...

Steven Tyler (vocals), Joe Perry (guitar), Brad Whitford (guitar), Joey Kramer ( drums), Tom Hamilton (bass). Perhaps the single most important hard rock band to come from the U.S., and one of the most popular of the seventies, Aerosmith had ...

Critics charged that Aerosmith was a pale imitation of the Rolling Stones and that lead singer Steven Tyler was little more than a Mick Jagger look-alike. In addition to Tyler, the group included Joe Perry, Brad Whit- ford, Tom Hamilton, and ...

Online dictionaries and encyclopedias with entries for Steven Tyler

Drugs will get you out of your own way, but we lived it, and that's dangerous. It can actually turn around on itself and steal your soul, and that's what happened. (Steven Tyler)
more quotes...