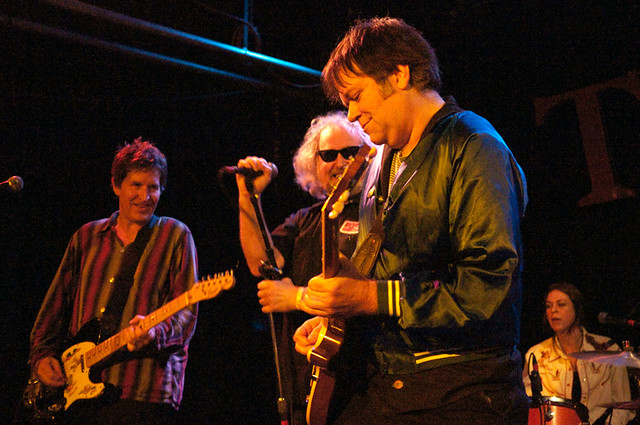 The Baseball Project is a supergroup composed of Peter Buck, Mike Mills, Scott McCaughey, Steve Wynn and Linda Pitmon formed in 2007. The performers came together from discussions between McCaughey and Wynn at R.E.M.'s March 21, 2007 induction into the Rock and Roll Hall of Fame at the Waldorf-Astoria Hotel in New York City. They invited Buck to play bass guitar and Pitmon on drums and recorded their first album, Volume 1: Frozen Ropes and Dying Quails later that year. Buck and McCaughey have previously played together in Robyn Hitchcock and The Venus 3, The Minus 5, R.E.M., and Tuatara.

Online dictionaries and encyclopedias with entries for The Baseball Project

Photo about The Baseball Project

Kurt Bloch ripping it up with the Baseball Project

Go to the usage examples of The Baseball Project to see it in context!