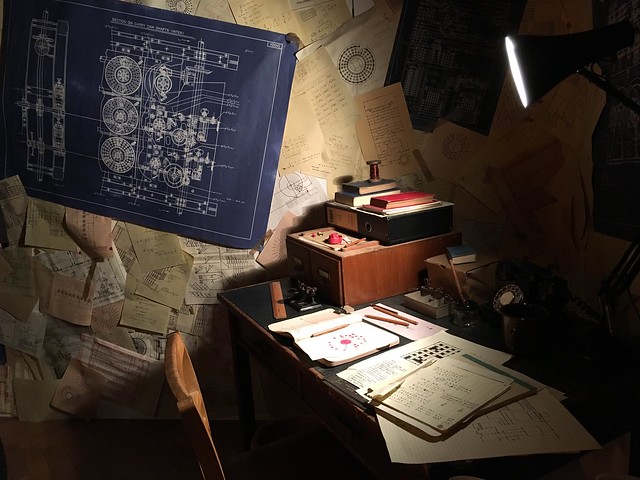 The
Imitation
Game
is an acrostic for tig.

"The Imitation Game" is a 2014 British-American historical thriller film about British mathematician, logician, cryptanalyst and pioneering computer scientist Alan Turing, a key figure in cracking Nazi Germany's Enigma code that helped the Allies win the Second World War, only to later be criminally prosecuted for his homosexuality. It stars Benedict Cumberbatch as Turing and is directed by Morten Tyldum with a screenplay by Graham Moore, based on the biography Alan Turing: The Enigma by Andrew Hodges.

"The Imitation Game" is a book by Ian McEwan.

"The Imitation Game" is a musical album of Alexandre Desplat.

Printed dictionaries and other books with definitions for The Imitation Game

We contend the imitation game is a widely applicable method to compare machine performance against a human's.

The Imitation Game starring Benedict Cumberbatch as the wartime code-breaker Alan Turing is a critical and commercial success. The historical spy serial The Game, set in 1972, premieres on BBC America and is broadcast in the United ...

The Imitation Game, or the Turing Test, asserts that the existence of “thinking” is solely a matter of producing convincing responses to more or less arbitrary stimuli. Any “black box” that does a convincing job of imitating a human being in ...

Online dictionaries and encyclopedias with entries for The Imitation Game

Photos about The Imitation Game