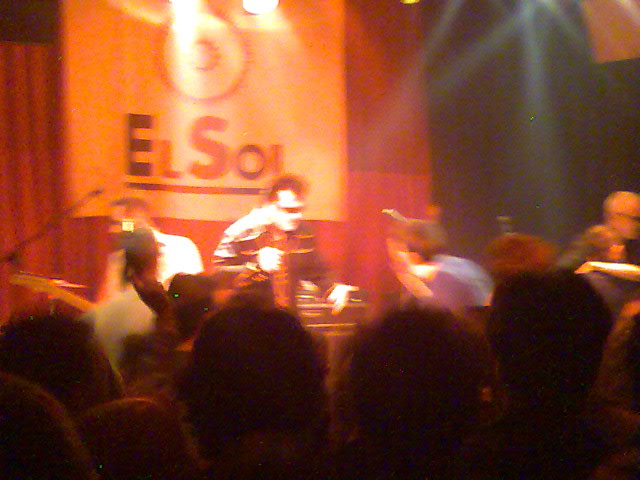 The Rezillos are a punk/new wave band formed in Edinburgh, Scotland, in 1976. Although emerging at the same time as other bands in the punk rock movement, the Rezillos did not share the nihilism or social commentary of their contemporaries, but instead took a more light-hearted approach to their songs, preferring to describe themselves at the time as "a New Wave beat group". Their songs are heavily influenced by 1950s rock and roll, 1960s English beat music and garage rock, early 1970s glam rock, and recurring lyrical themes of science fiction and B movies, influences that mirrored those of US bands the Cramps and the B-52s who were starting out at the same time. The Rezillos' biggest hit in their home country was the UK Top 20 single "Top of the Pops" in 1978, but they are best known outside the UK for their cover version of "Somebody's Gonna Get Their Head Kicked In Tonight", which featured on the soundtrack to Jackass: The Movie in 2002. Since the Rezillos recorded it, the song has been covered by other punk bands, including Youth Brigade and Murphy's Law.

Online dictionaries and encyclopedias with entries for The Rezillos

Photos about The Rezillos