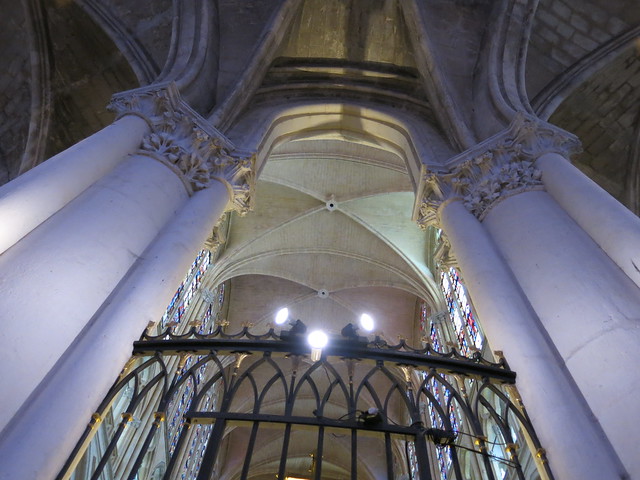 Tours is a city in central France, the capital of the Indre-et-Loire department.

Printed dictionaries and other books with definitions for Tours

The Everything Family Guide to the Disneyland Resort, California Adventure, Universa (2007)

A complete guide to the best hotels, restaurants, parks, and must-see attractions by Betsy Malloy

Tours is a place of considerable antiquity. In the sixth and seventh centuries it ...

Scenes and Sketches in Continental Europe (1848)

Embracing Descriptions of France, Portugal, Spain, Italy, Sicily, Switzerland, Belgium, and Holland, Together with Interesting Notices of Their Principal Cities and Towns

ToURs is a city of France, and the capital of the department of Indre-and-Loire, on the Loire. It is situated on a delightful plain, in one of the finest parts of France, the surrounding country being remarkably beautiful. It contains a cathedral ...

One difference from the professional tours is that playing performance is not the only aspect rewarded. Points are also earned through effort and ...

Wanderlust Tours is an adventure company that will take you spelunking down into the Lava Caves.

The Gentleman's Guide in His Tour Through France; Being Particularly Descriptive of the Southern and Western Departments, Etc. [With a Map.] (1817)

Tours is an episcopal see, has an academy of arts and belles lettres, a royal college, ...

Historically, organised tours can be traced to at least 1500 BC, and were common at the time of the Greek and Roman Empires, especially to Egypt. In the seventeenth and eighteenth centuries, the Grand Tour was an essential element in the ...

Portraits tours are a series of turns done on the points or demi-pointes, making a half-turn on each foot with the feet close together. The turns should be done evenly and with great speed, aided by small movements of the arms and the spotting ...

Hale's Tours consisted of one or more theater cars, each seating 72 “passengers.” The moving pictures that showed out the front end of the car offered a filmed point of ...

Online dictionaries and encyclopedias with entries for Tours

View more videos about The Tours and Star Tours.

Many times I've gone on tours with Paul Anka. He would have someone sitting behind him to keep people from even talking to him. You were almost in a little restricted area there. (Ben E. King)
more quotes about tours...

See also the blanagrams of Tours!

Go to the usage examples of Tours to see it in context!