Definition of the noun valence

What does valence mean as a name of something?

Valence is a commune in southeastern France, the capital of the Drôme department, situated on the left bank of the Rhône, about 100 km south of Lyon, along the railway line that runs from Paris to Marseilles.

Valence is a musical group.

Valence is a fictional character from the 1986 film Quiet Cool.

Valence, as used in psychology, especially in discussing emotions, means the intrinsic attractiveness or aversiveness of an event, object, or situation. However, the term is also used to characterize and categorize specific emotions. For example, the emotions popularly referred to as "negative", such as anger and fear, have "negative valence". Joy has "positive valence". Positively valenced emotions are evoked by positively valenced events, objects, or situations. The term is also used about the hedonic tone of feelings, affect, certain behaviors, goal attainment or nonattainment, and conformity with or violation of norms. Ambivalence can be viewed as conflict between positive and negative valence-carriers.

Phrases starting with the word Valence:

Phrases ending with the word Valence:

Printed dictionaries and other books with definitions for Valence

Proceedings of the High School Conference (1922)

The Routledge Handbook of Linguistics (2015)

Syntactic valence is the term for the combinatorial properties of a word in sentences.

Furthermore, antigen valence is a critical parameter since a monovalent antigen will be totally unable to form a 'lattice' structure with the antibody, whatever its affinity. The importance of these considerations to antigen—antibody complex ...

Constructivism in Social Theory and International Relations by Nicholas Onuf

Valence is a property of the world, whether.

Valence refers to whether the object of the attitude meets (satisfactory), exceeds ( positive), or falls short of the standard (negative). Intensity refers to how far from the standard the object is perceived to be. Thus attitudes require the skill of ...

The Transition from Infancy to Language (1995)

Acquiring the Power of Expression by Lois Bloom

Valence is the hedonic tone or value of an expression, such as a positive tone in joy ...

Valence is the potential combining power of elements and groups of elements, using hydrogen (+1) as a standard. 2. Valence electrons are those electrons that are either gained, lost, or shared. They are the electrons in the outermost orbit of ...

Valence is the value of ...

Valence refers to positive-negative associations with affective phenomena, whereas arousal refers to energetic-calm associations. All affective stimuli can thereby be defined as a combination of these two independent dimensions. In addition ...

Handbook on Devices and Applications by Paul Seidel

The highest fully filled band is called valence band, while the higher partially filled or empty band is referred to as conduction band. The gap between these bands is called forbidden band or band gap, Eg. If a charged particle traverses an n- ...

Valence refers to one's feelings about job outcomes and is usually defined in terms of attractiveness or anticipated satisfaction. •. Instrumentality is the perceived degree of relationship between performance and outcome attainment. It exists in ...

valence isomerisation van der Waals equation Electrons that can be actively involved in chemical change; usually electrons in the shell with the highest value of n. For example, sodium's ground state electron configuration is Is* 2 s2 2 pfSs1 ; ...

VALENCE UTILITARIANISM Valence Utilitarianism is a set of principles which aims to address the ontological and ethical...

Where alanguage,ashere, hasagrammaticaldeviceforgettingtoaparticular valence type, it might tend to have relatively ...

surface analytical methods Valence band The energy band of a solid is an ! energy interval with a quasicontinuum distribution of allowed energy levels for electrons. In solid-state physics, from the ...

The Facts on File Dictionary of Inorganic Chemistry (2009)

valence ( valency) The combining power of an element or radical, equal to the number of ...

Routledge Dictionary of Language and Linguistics (2006)

ambiguity valence [Lat. valere 'to be worth'] (also valency) The term 'valence' comes from chemistry, where it is used to indicate the property of atoms to bind or replace a certain number of hydrogen atoms in a molecule. Its use in linguistics ...

The Facts on File Dictionary of Organic Chemistry (2009)

valence (valency) The combining power of an element or radical, ...

INTERMEDIATE VALENCE 631 and the surface free energy at the interface between the normal and the superconducting phases. Here Vn is the additional volume generated by the expansion of normal domains lying close to the surface.

valence 1. The relative ability of a substance to react or combine. 2. A positive ...

valence. Former term for OxIDATION STATE. The valence electrons are the outermost electrons responsible for bonding. The theory of valency is concerned with the attempt of atoms in molecules to attain a NOBLE GAs ...

Online dictionaries and encyclopedias with entries for Valence 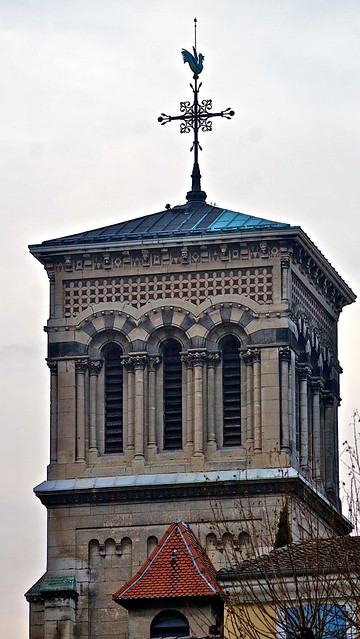 We're not keen on the idea of the story sharing its valence with the reader. But the reader's own life ""outside"" the story changes the story. (David Foster Wallace)
more quotes about valence...

See also the blanagrams of Valence!

Go to the usage examples of Valence to see it in context!