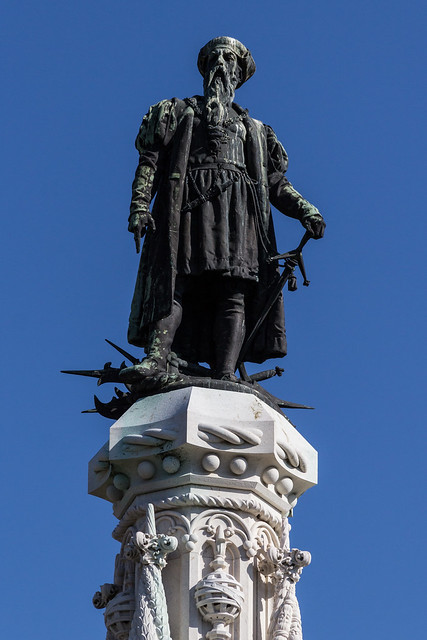 Who is Vasco da Gama?

Vasco da Gama: Dom Vasco da Gama, 1st Count of Vidigueira, was a Portuguese explorer. He was the first European to reach India by sea, linking Europe and Asia for the first time by ocean route, as well as the Atlantic and the Indian oceans entirely and definitively, and in this way, the West and the Orient.

"Vasco Da Gama" is a musical EP of Jumalan Ruoska.

Vasco da Gama, often shortened to Vasco, is a city in the state of Goa on the west coast of India. It is named after the Portuguese explorer Vasco da Gama. It is also the headquarters of the Mormugao taluka. The town lies on the western tip of the Mormugao peninsula, at the mouth of the Zuari River, about 30 kilometres from Panjim, Goa's capital, and about 5 kilometres from Dabolim Airport.

Printed encyclopedias and other books with definitions for Vasco da Gama

Online dictionaries and encyclopedias with entries for Vasco da Gama

The reference program for travel route animations. Description of the highlights of Vasco da Gama 9.