Definition of the noun walesa

What does walesa mean as a name of something?

"Walesa" a.k.a. "Walesa: Man of Hope": Walesa: A Man of Hope is a 2013 biographical drama film directed by Andrzej Wajda.

Printed encyclopedias and other books with definitions for Walesa

Lech Walesa is the leader of an independent labor organization - Solidarity. The book begins with the background of crisis in Poland. The peaceful revolution is then described.

Lech Walesa is a man who started out at daybreak, at the hour when the history of Poland demanded that the people of Poland act to solve the problems that a repressive government and a hollow party no longer knew how to solve.

A Political Sociology of Poland's Working-Class Democratization by Roman Laba

Second, Walesa is a trickster.

After all, Walesa is a genuine hero, and Chicago has the largest number of Poles of any city except Warsaw. And Milwaukee Avenue has always been the most Polish of all Chicago streets. Some call it Polish Broadway. You can also make a ...

Led by Lech Walesa, it pressed ever-greater demands until the Soviet Union threatened intervention, as it previously carried out in Czechoslovakia and Hungary. The Polish Army, under Jaruzelski, then stepped in to impose martial law, and ...

Walesa, now president of Solidarity, was arrested as well. An 18-month-long struggle between the communist authorities (who had to report to Moscow, Soviet Union) and the independent labor union appeared to come to an end. In April 1982 ...

Online dictionaries and encyclopedias with entries for Walesa 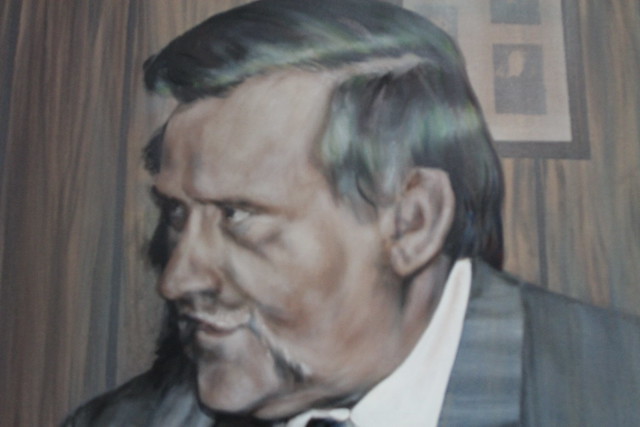 I belong to the generation of workers who, born in the villages and hamlets of rural Poland, had the opportunity to acquire education and find employment in industry, becoming in the course conscious of their rights and importance in society. (Lech Walesa)
more quotes about walesa...