Distribution of usage frequency for the most common synonyms of the verb yawl:

Definition of the noun yawl

What does yawl mean as a name of something?

Definition of the verb yawl

What does yawl mean as a doing word?

Alternative definition of the verb yawl

Printed dictionaries and other books with definitions for Yawl

YAWL is a business process modeling language describing the sequences of tasks, or workflows, that are required to...

The workflow language YAWL is a general and powerful language grounded in workflow patterns and in Petri nets [3]. The introduction of new concepts such as cancellation regions or OR-joins in workflows requires the adaptation of existing ...

YAWL is a workflow language based on the Workflow patterns. The language is supported byasoftwaresystem thatincludes an execution engine, a graphical editor and a worklist handler. The system isavailable as Open source software under ...

The Devon Yawl is a one-design, governed by strict rules so that all the boats built are identical, while the mahogany-planked Salcombe Yawls have evolved considerably. The first 20 years of production saw over 200 Devon Yawls being ...

YAWL is a workflow language with a well defined formal semantics that implements the most common workflow patterns. In this paper we provide a methodology for translating BPEL processes into YAWL workflows, thus paving the way for the ...

The truth about the yawl is that the rig breaks up the sail area and reduces it for racing purposes, and that it does not seem to be of any use at sea. If the jigger were carried when laid to, the boat would go all the way around on the other tack ...

The truth about the yawl is that the rig breaks up the sail area and reduces it for racing purposes, and that it does not seem to be of any use at sea. If the jigger were carried when laid to, the boat would go all the way around on the other tack ...

The Illustrated Encyclopaedia of Ships and Boats (2003)

YAWL (NORWAY YAWL) 381 Apart from the particular Yawls mentioned below, the word today refers to any two-masted boat having a mainmast, and a small mizzenmast abaft the steering gear (in distinction to a KETCH, whose mizzen mast ...

by Henry Charles Howard Earl of Suffolk and Berkshire

Each canoe yawl shall be fitted with two fixed transverse bulkheads to be approved by the sailing committee such bulkheads shall not be more than 10 ft. nor less than 6 ft. apart and shall have between them a suitable well or hatchway ...

A Dictionary of the English Language (1828)

A little vessel belong- YAUL, (yawl) } ingtoa ship, for convenience of passing to and from it. To YAWL, (yowl) See To Yell. To YAWN, (yawn) v.n. To gape; to osci- tate ; to have the mouth opened involuntarily by fumes, as in sleepiness ; to open ...

The number of cutters and yawls has increased at a rapid pace during the past two years, the yawl having almost entirely superseded the sloop in the San Francisco Yacht Club. These rigs require only to become better known to be ...

Online dictionaries and encyclopedias with entries for Yawl 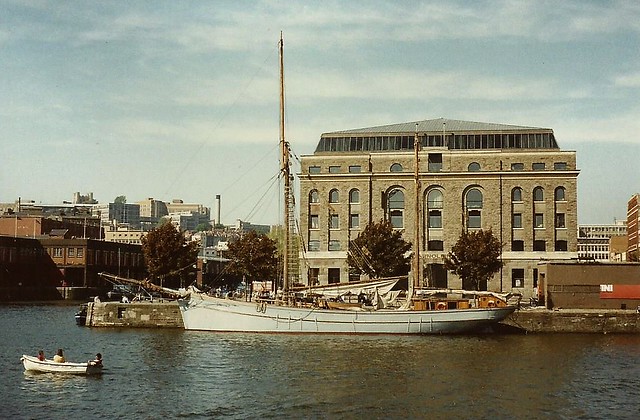 Video shows what yawl means. A small ship's boat, usually rowed by four or six oars.. A fore and aft rigged sailing vessel with two masts, main and mizzen, the ...

See also the blanagrams of Yawl!

Go to the thesaurus of Yawl to find many related words and phrases!