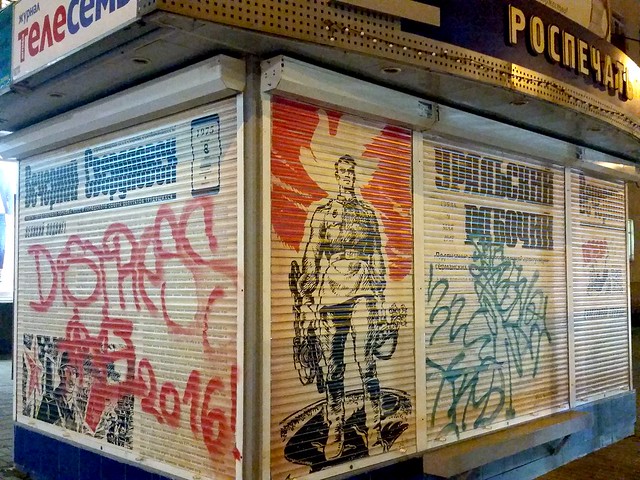 Yekaterinburg, alternatively romanized as Ekaterinburg, is the fourth-largest city in Russia and the administrative center of Sverdlovsk Oblast, located in the middle of the Eurasian continent, on the border of Europe and Asia. At the 2010 Census, it had a population of 1,349,772.

Printed dictionaries and other books with definitions for Yekaterinburg

travellers, Yekaterinburg is a good base for organising excursions and adventure trips around the Urals. History Yekaterinburg was founded as a factory-fort in 1723 as part of Peter the Great's push to exploit the Ural region's mineral riches.

The venue is sunny Yekaterinburg, and the occasions is the annual Petersburg Dialogue between German and Russian leaders. Yekaterinburg is an industrial town behind the Ural Mountains and is the place where the tsar and ...

—Since Yekaterinburg is a manufacturing city, good facilities exist for repairs. The Zavod and Verkhni-Isetski works are but two of many iron works with modern equipment .

Encyclopedia of the Elements (2008)

The area round Yekaterinburg was subject to great activity as also ...

The Cossacks established Yekaterinburg in 1721 and Chelyabinsk in 1736. Civilian colonists accompanied or followed the Cossacks as they pushed into the frontier districts. When a substantial Slav population had settled in the region, they ...

Encyclopedia of the Stateless Nations: A-C (2002)

2,332,000 Bashkorts in Europe, concentrated in the southern Ural region of eastern European Russia, in the Bashkortostan and Tatarstan republics and Orenburg-, Perm, Yekaterinburg, and Chelyabinsk regions.

Online dictionaries and encyclopedias with entries for Yekaterinburg

Video shows what Yekaterinburg means. A city in the Sverdlovsk oblast of Russia, the fifth-largest in the country by population.. Yekaterinburg Meaning. How to ...

The value of this 13-letter word is 23 points, but it's not an accepted word in the Official Scrabble Players Dictionary.