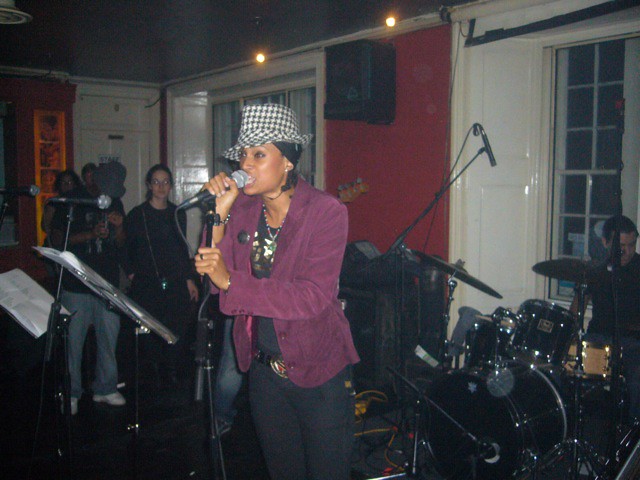 Z-Star is the Psychedelic Rock-Soul project of Zee Gachette a British/Trinidadian singer-songwriter, musician, artist, and record producer based in Brighton and signed to Muthastar Records. Zee has released three albums under the name Z-STAR, Voodoo Dragon Risin, Who Loves Lives and Masochists & Martyrs. Each album very different with an eclectic diaspora of songs and sounds. The latest EP release 16 Tons, is a return to her Rock roots. The musical arrangements are written and performed by diverse collective of world class musicians. At the core Zee Gachette, Nikolaj Bjerre from Denmark, Diogenes Baptisttella from Brazil. Other Uk based musicians include, Sylvain Lamotte, Lee Spreadbury, Sebastien Heintz. It has been said that the band "rock with so much raw funk, sexualised soul and blues rock passion that it's impossible not to be moved" [1] Rock royalty, Jimmy Page and Roger Daltrey, both offered their seal of approval having caught the new sound at the Brighton Music Awards when Z-STAR picked up the best live act award presented by Psychedelic rock legend Arthur Brown.

Printed books with definitions for Z-Star

For a positive integer z, a z-star is a directed graph consisting of (z +1) vertices and z arcs such that there is a vertex with z (in- or out-) neighbors. A maximum matching is a largest subset of endpoint-disjoint arcs. Example 6.2. Let us look at the ...

Online dictionaries and encyclopedias with entries for Z-Star