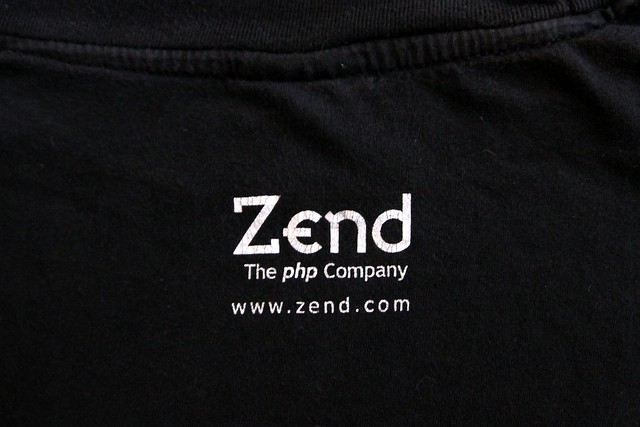 Definition of the noun zend

What does zend mean as a name of something?

The Zend or Zand, refers to late middle Persian language commentaries on the individual books of the Avesta within Zoroastrianism. They date from the 3rd to 10th centuries and were not intended for use as theological texts by themselves but for religious instruction of the non-Avestan-speaking public. In contrast, the texts of the Avesta proper remained sacrosanct and continued to be recited in the Avestan language, which was considered a sacred language.

Printed dictionaries and other books with definitions for Zend

Zend: http://www.zend.com Zend is a commercial entity, founded by some of the core authors and developers of PHP, that sells a number of tools for working with and enhancing PHP. For books, you might look at Learning PHP 5 by David ...

Zend is a member ofthe Eclipse foundation. Emacs (http : //www.gnu . org/software/emacs/) is, as defined on its web site, ...

Zend is the name of the characters of the Avosīa, though it is generally put ...

Zend is the name of the characters of the Avesta, though it is geherally ...

From the Most Early Period to the Present Time : Containing an Account of the Religion, Government, Usages, and Character of the Inhabitants of that Kingdom by Sir John Malcolm

Whether the word Zend is a component part in the name of the province Mazenderan, must be left to abler oriental philologers to determine. But the main evidence after all must be drawn internally from the language itself, and from the relation ...

The Zend is the general name of the book, which is also called the book of Abraham ; and it consists of twenty-one or twenty-two separate parts, with distinct names. . Its con: tents were originally written on twelve hundred skins; and the ancient ...

Or, Universal Dictionary of Arts, Sciences, and Literature by Abraham Rees

The Zend is the general name of the book, which is also called the book of Abraham; and it consists of twenty-one or twenty-two separate parts, with distinct names. Its contents were originally written on twelve hundred skins _;_ and the ...

The Zend, as that distinguished scholar supposed, is little more than a Prákrit or colloquial dialect of the Sanskrit; (Ibid.) and that supposition, proposed with some hesitation by Sir William Jones, was positively affirmed by Dr. Leyden, (As. Res.

Online dictionaries and encyclopedias with entries for Zend

back side, in the neck