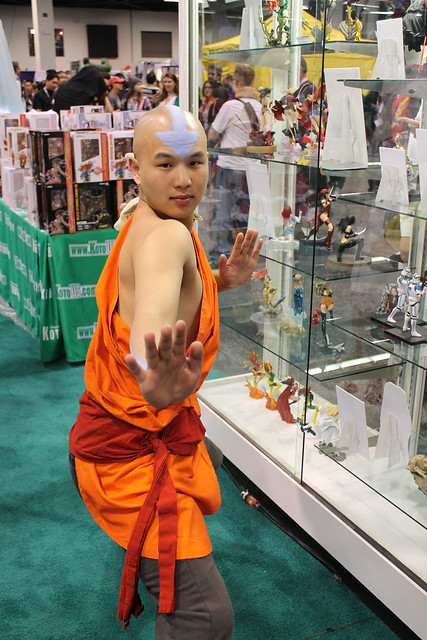 Aang a.k.a. Avatar: The Last Airbender is an American television series that aired for three seasons on Nickelodeon from 2005 to 2008. Avatar: The Last Airbender is set in an Asiatic-like world in which some people are able to manipulate the classical elements by use of psychokinetic variants of Chinese martial arts, known as "bending". The show combined the styles of anime and American cartoons, and relied on the imagery of various East Asian, Inuit, Southeast Asian, South Asian, and New World societies. Therefore, the series regularly enters the conversation regarding its consideration as an anime work.

Printed dictionaries and other books with definitions for Aang

The AANG is a state agency, and it doesn't carry the some po~ lillcal baggage. The draft document 1 got from the 'Alaska Department of Natural Resourres on the lease says they will use small arms only, will use no weapons capable of ...

A Siamese-English Dictionary, for the Use of Students in Both Languages (1892)

Online dictionaries and encyclopedias with entries for Aang

The protaganist of Avatar: The Last Airbender. A 12-year old monk who must master all four elements (air, water, earth, fire) in order to defeat the wicked Fire ...