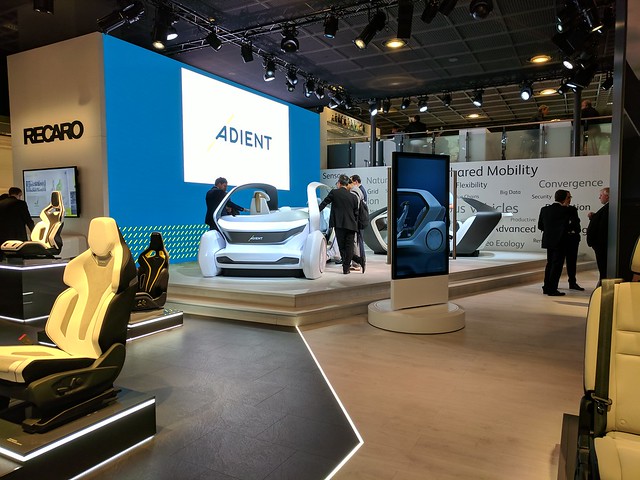 Definition of the adjective adient

What does adient mean as an attribute of a noun?

Printed dictionaries and other books with definitions for adient

The Dictionary of Health Education (2010)

ADIENT Tending to move toward a stimulus, characterized by approach responses rather than avoidance responses and characteristic of curiosity, imitation, and aggressiveness. ct: abient. ADIPOCYTE 1. A cell that stores fat. 2. A fat cell.

adient/ adމƝāۑnt/ [L, adire, moving toward], characterised by a tendency to move towards rather ...

adient Positively oriented or moving toward. The adient drive or behavior or response is a situation that results in behavior acting toward the ...

adient ADJ. having a tendency to move toward a stimulation source, such as light or warmth. adipo- (éd'e-po) comb. form indicating an association with fat or fatness (e.g., adipogenesis, fat formation) (See also terms beginning with LIPO-).

adient — A tendency to move toward rather than away from stimuli. adipic — Fatty tissue. adiponitrile (C4H8(CN)2) — A ...

adient. positive; having the tendency to approach the source of stimulus. -VD1N.

Online dictionaries and encyclopedias with entries for adient

When using these images you must add the following credit information: Christopher Isak for TechAcute (with a link to twitter.com/ChristopherIsak and techacute.com)