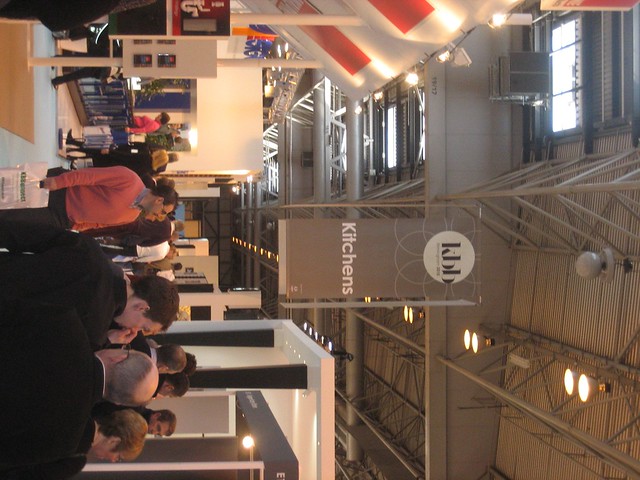 Aisles appears in the following palindrome (phrase that reads the same backward as forward):

"Aisles" is a book by Paul Magrs.

Aisles a.k.a. Aisle: An aisle is, in general, a space for walking with rows of seats on both sides or with rows of seats on one side and a wall on the other. Aisles can be seen in airplanes, certain types of buildings, such as churches, cathedrals, synagogues, meeting halls, parliaments and legislatures, courtrooms, theatres, and in certain types of passenger vehicles.

Printed dictionaries and other books with definitions for Aisles

A Year of Foraging for Wild Food in the Suburbs by Wendy Brown, Eric Brown

Browsing Nature's Aisles is an inspiring journal of one family's effort to break free from manufactured foods, and transition to home-grown and locally-sourced cuisine, supplemented by a steady diet of wild fare. It is a great read for those who dream of getting back to the land and becoming more self-sufficient, yet don't know where to start. Come along for the journey as authors Wendy and Eric Brown overcome the learning curve to successfully blend wild plants, fungi, and game into ...

Costco's aisles means an opportunity to sample any number of food products offered for sale! Costco has offered samples of its food products for years. Indeed, this practice is a cornerstone of Costco's advertising strategy. Of course, Costco isn't the only company to offer customers free samples of its food products. Odds are, the last time you strolled through the food court at your local mall, you were chased down by a smiling employee from Panda Express or a similar eatery and ...

A Roman hall of justice, typically with a high central space lit by a clerestory and lower aisles all around it, and with apses or exedrae for the seats of the judges. 2. The form of the early Christian church, a central high nave with clerestory, lower aisles along the sides only, with a semicircular apse at the end. Often preceded by a vestibule (narthex) and atrium. In larger basilicas, there are often transepts, and sometimes five aisles. bas-relief basilicas: AD, apse; BB', secondary apses; C, ...

m internally, and was divided by colonnades of 10 bays into a central nave, 9 m wide, flanked by inner and outer aisles, 3.0 and 3.5 m wide respectively. The floor was covered with mosaics. Precise details of the elevations, however, are unknown. Three doors led from the atrium into the three central aisles, and these in turn opened at the east end directly into the octagon, which had the same width as the central nave and inner aisles combined; and the triangular spaces linking it ...

These buildings were rectangular, with a large central *aisle usually flanked by one or more side aisles. *Apses projected from one or more sides of the building. The main entrance customarily lay on one of the long sides, opening onto a civic forum. The *nave, or central aisle, typically stood taller than the side aisles, allowing light to pour into the interior from the clerestory windows. Basilicas served a number of purposes throughout the empire, such as imperial audience halls, law ...

Online dictionaries and encyclopedias with entries for Aisles

These songs are old friends I have entertained myself with when I'm washing the dishes, driving to the store and walking down the aisles. The ones that you sing when you're driving in the car and as a singer you always go back to them. (Al Jarreau)
more quotes about aisles...