Definition of the noun Antaeus

What does Antaeus mean as a name of something?

Antaeus is a genus of Glossoscolecidae, described by Vaillant in Quatrefages in 1889.

"Antaeus" is a short story by Borden Deal. It is named after the mythological figure Antaeus, a giant who was unconquerable as long as he touched the ground.

Antaeus is a production company.

Phrases ending with the word Antaeus:

Other phrases containing the word Antaeus:

View more phrases with the word Antaeus in thesaurus!

Printed dictionaries and other books with definitions for Antaeus

Meditations on Past and Present by Larry T. McGehee, B. J. Hutto

Antaeus is a good allusion for ...

Antaeus is the son of Gaiia, the primal mother earth, and Poseidon, the sea god. Poseidon is an Olympian and a brother to Zeus Alcides the heavenly father. Thus , Antaeus and Alcides are cousins, or brothers once removed. 94. For a Jungian ...

Antaeus is the originator of the city of Tingis ...

The Early History of Egypt, from the Old Testament, Herodotus, Manetho, and the Hieroglyphical Inscriptions (1836)

Antaeus is the Greek name for an Egyptian god, who 130 THE MYTHOLOGY ...

The Gentleman's and Connoisseur's Dictionary of Painters ... (1798)

To which are Added, Two Catalogues: the One, A Catalogue of the Disciples of the Most Famous Masters ... the Other, A Catalogue of Those Painters who Imitated the Works of the Eminent Masters So Exactly, as to Have Their Copies Frequently Mistaken for Originals by Matthew Pilkington

Among the historical subjećts which they jointly executed, are mentioned some of the labours of Hercules, painted in the Medicean palace; one of which is, Hercules killing Antaeus. The principal figure in that design is admirable; the strength ...

Like Atlas, Antaeus was a Titan, the son of Poseidon and Gaia (Kleito, described as the mother of Atlas in Kritias, was likewise an Earth Mother goddess ) ...

Online dictionaries and encyclopedias with entries for Antaeus 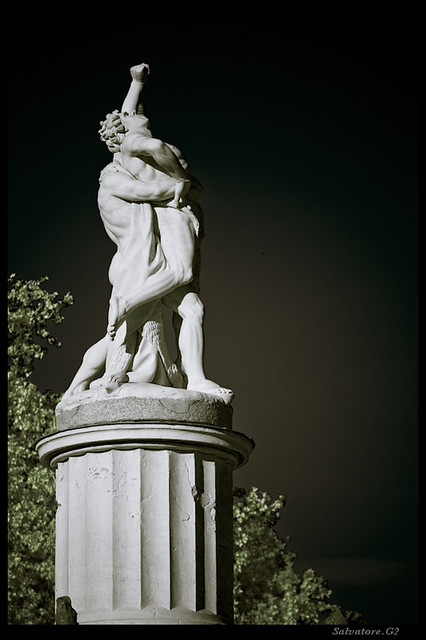