Distribution of usage frequency for the most common synonyms of the noun apotheosis:

Definition of the noun apotheosis

What does apotheosis mean as a name of something?

Alternative definition of the noun apotheosis

Printed dictionaries and other books with definitions for apotheosis

Culture and Values, A Survey of the Humanities (2016)

Apotheosis is the greatest glory to which a mortal can aspire, a sign of special praise for success outside the ordinary, evidence that one has shown supremacy over all peers.

Apotheosis means the act of elevation of a mortal to the rank of the gods; deification.

The true apotheosis is the act of the mortal man putting on immortality; it was the hope of the apostle Paul, and is to be the experience of the Man who ...

Apotheosis is an incident of the possibility of explanation, not explanation itself; for the unity, to be a unity, must be self-explanatory. Had Virgil known this, Aristotle would no more have remained the master of those who know ; but the world ...

Paganism as a World Religion by Michael York

Human apotheosis is an occurrence and an open possibility in paganism as a whole. But apart from the ultimate translation of Paganism as Religion | 31.

Place, Scale and Culture in a Media Age by Nick Couldry, Anna McCarthy

In hisbook Bobos in Paradise, David Brooks offersan extended description of a' new upper class' which fuses bourgeoisand bohemian values, and whose apotheosis is the bluejean capitalist, preaching liberation management and ingesting ...

The final apotheosis is a flood of life. Its joy gladdens the heart. The most extravagant combinations of harmonies and the most unrelenting harshnesses fade and melt away, owing to the marvellous combination of timbres. It is the work of a ...

A general and bibliographical dictionary of the fine arts (1824)

Apotheosis. [Lat. airoOitaait, Gr. from airo and dtuic.] In mythological painting and sculpture. The act of deification or placing among the number of the gods. The custom of thus honouring eminent men is of very ancient date among the Greeks, ...

commemorate an apotheosis, an altar with a fire on it, from which an eagle ascends. Our illustration is taken from Roman coins, and exhibits the ordinary mode of representing this act, the emperor, in the one instance, seated on the back of an ...

A general and bibliographical Dictionary of the Fine Arts. Containing ... explanations of the principal terms used in Painting, Sculpture, Architecture, and Engraving ... historical Sketches of the ... different Schools, etc (1826)

APOTHEosis. [Lat. &ro6éogic, Gr. from &ro and 68wç.] In mythological puinting and sculpture. The act of deification or placing ...

The term “apotheosis” stems from the stage tradition and refers to a splendidly arranged image (or tableau), where all the characters were grouped into ornaments and where a number of additional effects were displayed in order to produce a ...

Online dictionaries and encyclopedias with entries for apotheosis 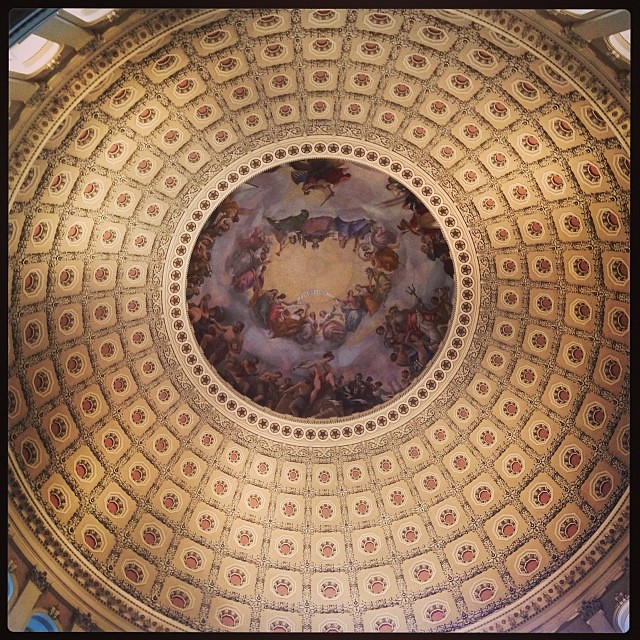 View more pictures about The Apotheosis.

Video shows what apotheosis means. The fact or action of becoming or making into a god; deification.. Glorification, exaltation; crediting someone or something ...

Go to the usage examples of apotheosis to see it in context!