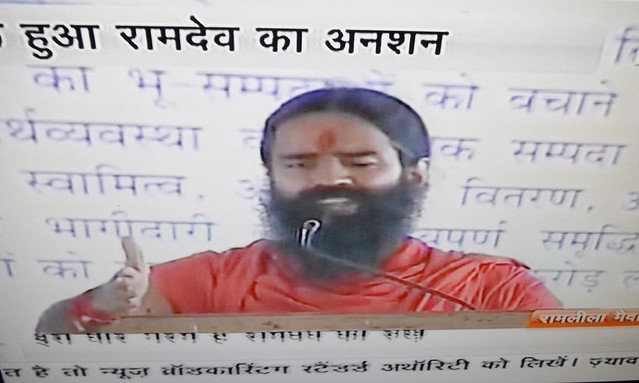 Who is Baba Ramdev?

Baba Ramdev a.k.a. Ramdev: Baba Ramdev is a spiritual leader known for his contributions in yoga, Ayurveda, politics and agriculture. He is best known for popularising yoga among Indians through his mass yoga camps and televangelism. He founded the Patanjali group of institutions. Ramdev has more recently become a vocal advocate on Indian political issues.

"Baba Ramdev" is a 1963 Rajasthani language devotional feature film directed by Nawal Mathur and Manibhai Vyas, and based on the life of the Hindu folk deity Ramdev Pir.

Online dictionaries and encyclopedias with entries for Baba Ramdev