Definition of the verb bail out

What does bail out mean as a doing phrase?

Alternative definition of the verb bail out

Specialised definition of the verb bail out

if you bail out, you play safe by e.g. playing short of a green which has bunkers guarding it (2005. Chambers Sports Factfinder. Chambers Harrap Publishers Ltd)

to avoid or get out of trouble. There are two different senses here: Making a long putt is one way of bailing out; another is to hit a safe shot rather than risk playing the ball into a hazard

"Bail Out" is a 1989 action film written and directed by Max Kleven.

"Bail Out" is a cataloged instance, composition.

Bail out a.k.a. Bailout: A bailout is a colloquial term for giving financial support to a company or country which faces serious financial difficulty or bankruptcy. It may also be used to allow a failing entity to fail gracefully without spreading contagion. A bailout can, but does not necessarily, avoid an insolvency process. In the United States, Chapter 11, Title 11, United States Code governs insolvencies, which fall under Chapter 11, for businesses, Chapter 13, for humans, and Chapter 9, for municipalities.

Phrases with Bail out

Printed encyclopedias and other books with definitions for Bail out

BAIL OUT beginning surfers and a fairly regular occurrence for intermediates and even experts. While practical, the bail out is often frustrating and time-consuming, as it often means getting tumbled and pushed shoreward.

Online dictionaries and encyclopedias with entries for Bail out

Photos about Bail out 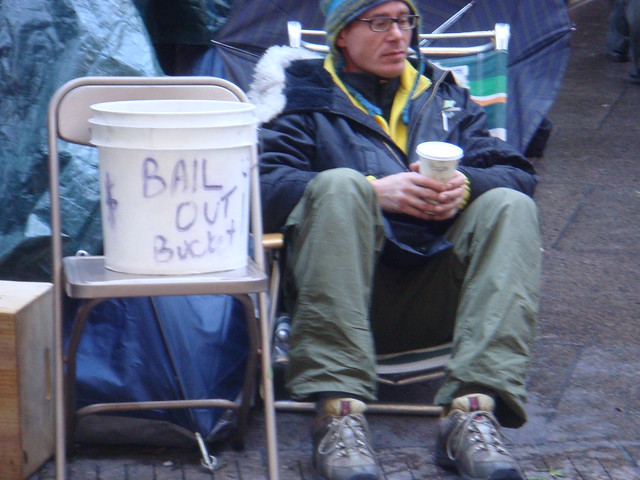 Video language resources about Bail out

View more videos about Bail Out on.

See also the pronunciation examples of Bail out!

Quotes about Bail out