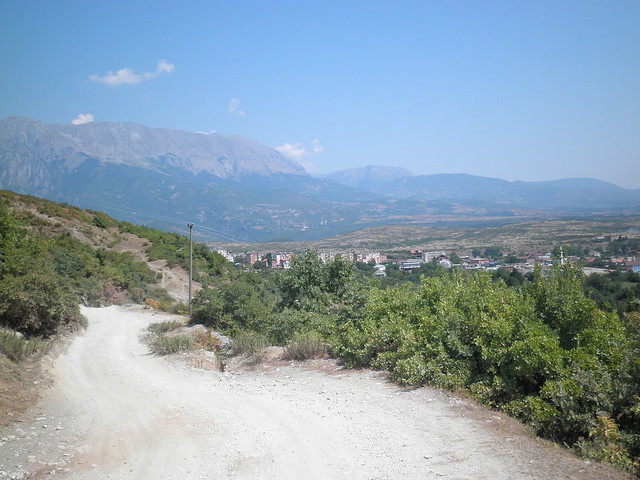 Bajram Curri is a town in Northern Albania on the border with Kosovo, in a remote, mostly mountainous region. Water from the mountains flow into the waters of the Valbona River, the latter being famous for having the clearest river water in Albania. The town is named after Bajram Curri, a national hero of the early 20th century. Bajram Curri is located in the Tropojë District.

Printed dictionaries and other books with definitions for Bajram Curri

Bajram Curri Telephone code: 0213 Bajram Curri is a small, windy town whose lack of charm is amply compensated for by the beautiful mountains which overlook it. It is of recent construction, purpose-built under communism to be the ...

Bajram Curri is one of the bestknown guerrilla ...

Online dictionaries and encyclopedias with entries for Bajram Curri