Distribution of usage frequency for the most common synonyms of the noun balance:

Comparison of usage frequency between the noun balance and its most common antonym:

Distribution of usage frequency for the most common synonyms of the verb balance:

Definition of the noun balance

What does balance mean as a name of something?

Balance is one of the top 1000 most common nouns in the English language.

Alternative definition of the noun balance

Specialised definition of the noun balance

the proportions of substances in a mixture, e.g. in the diet (2006. Dictionary of Sport and Exercise Science. A&C Black Publishers Ltd)

the act of staying upright and in a controlled position, not stumbling or falling (2006. Dictionary of Sport and Exercise Science. A&C Black Publishers Ltd)

a state of emotional and mental stability in which somebody is calm and able to make rational decisions and judgments (2006. Dictionary of Sport and Exercise Science. A&C Black Publishers Ltd)

in general, the state of a stationary or moving object where all forces acting upon the body cancel each other out; their sum equals zero. Motor balance of the human being is controlled by the vestibular apparatus; the necessary balancing and compensating movements are executed by the muscles spanned over those joints which are closest to the support area. One differentiates in sport be tween three kinds of motor balance: static balance (e.g. a handstand, headstand), dynamic balance (e.g. during running, windsurfing), and balancing an object (e.g. balancing a bar on the palm of the hand). The ability to create of maintain states of motor balance is trainable and an essential prerequisite for many sport disciplines (e.g. bicycling, figure skating, inline skating, roller skating, skiing, snowboarding). (Herbert Haag & Gerald Haag. 2003. Dictionary. Sport, Physical Education, Sport Science. Kiel, Institut für Sport und Sportwissenschaften)

Definition of the verb balance

What does balance mean as a doing word?

Balance is one of the top 1000 most common verbs in the English language.

Balance is a record label.

Phrases starting with the word Balance:

Phrases ending with the word Balance:

View more phrases with the word Balance in thesaurus!

Printed dictionaries and other books with definitions for Balance

Hormonal balance means precisely that—having all your hormones balanced. This is because every one of your hormones, in turn, affects all the other hormones. If one hormone is too high or too low, it has downstream effects on your other ...

Balance is the result of one's life in harmony with our core beliefs.

The exchequer balance is the traditional domestic budgetary aggregate which measures the net surplus or net deficit position of the Exchequer Account. The Exchequer Account is the single bank account of the Central Fund and is held at the ...

Doing a decisional balance means mulling over the possibilities, the pros and the cons, the possible impact of making a change.

Balance is an especially important component of functional fitness for older adults in terms of preventing falls, performing activities of daily living (ADLs), and maintaining functional independence. In the United States, more than one-third of ...

A New Frontier by Joan Offerman-Zuckerberg

The leadership balance is an inequality, but here the nonstereotypic traits are stronger than the stereotypic traits. The conventional gender stereotypes are also reversed, so that it is the woman who is highly masculine-typed and the man who ...

The ability to balance is a complex. the stabilizing muscles of your trunk.

Since balance is the foundation for all human movement, you'll keep your neuromuscular system functioning at an optimal level, too. • You'll fine-tune your sensory ...

by Kenyon A. Knopf

BALANCE OF TRADE try and the rest of the world. They draw on the analogy of a firm's balance sheet, in which networth provides an “accommodating” entry to balance the difference between assets and liabilities. They hold that a country's ...

According to Kenneth Waltz, "if there is any distinctively political theory of international politics, balance of power theory is it."1 While the idea of the balance of power is often taken for granted in writings on security, as Waltz himself notes, it has ...

The Dictionary of Health Economics (2008)

Balance. Billing. The practice whereby health care providers collect from patients the difference between the fees they have charged and the reimbursement they receive from insurers. In some jurisdictions (for example, Canada) it is prohibited ...

BALANCE SHEET RESERVE PLAN AVOIDABLE HOSPITAL CONDITIONS: Hospitalizations not needed, if appropriate intervention was provided earlier in the course of care and medical treatment. AVOIDANCE OF RISK: One of four ...

The Politician's Dictionary, Or, A Compendium of Political Knowledge (1776)

BALANCE of TRADE, to a manufacturing nation, is very clearly of great importance. To know the progress of trade from time to time, and to be able to discover pretty accurately the balance, because, whatever is paid to other countries in bullion ...

Introduction The balance of payments (BOP) summarizes a country's trade of goods, services and financial assets with the rest of the world. It can be understood as an accounting statement. Credit entries reflect inflows of foreign currency in a ...

Online dictionaries and encyclopedias with entries for Balance

Distribution of usage frequency for the most common synonyms of the noun balance:

Comparison of usage frequency between the noun balance and its most common antonym:

Distribution of usage frequency for the most common synonyms of the verb balance:

Comparison of usage frequency between the verb balance and its most common antonym: 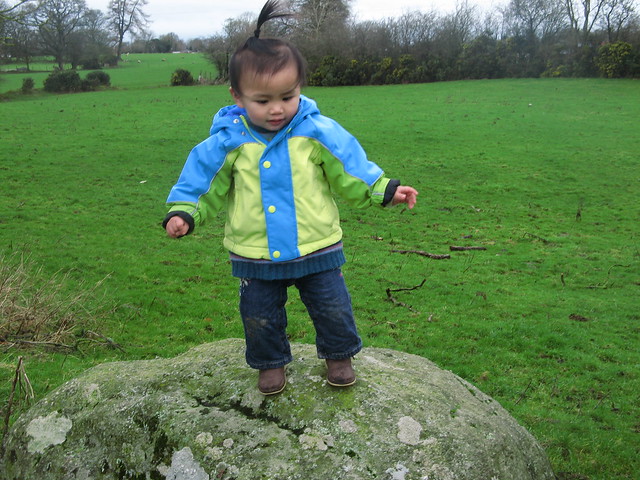 Balance is so important in our lives. In our busy world, we can give ourselves balance between thinking and feeling. (Yakov Smirnoff)
more quotes about balance...