Batter appears in the following palindrome (phrase that reads the same backward as forward):

Distribution of usage frequency for the most common synonyms of the verb batter:

Definition of the noun batter

What does batter mean as a name of something?

Alternative definition of the noun batter

Specialised definition of the noun batter

Definition of the verb batter

What does batter mean as a doing word?

Alternative definition of the verb batter

Batter is a semi-liquid mixture of one or more flours made with ground grains or soaked grains that are ground. Batters are used to prepare various foods. The word batter comes from the old French word battre which means to beat, as many batters require vigorous beating or whisking in their preparation.

"Batter" is a 2014 short biographical action film written by Claudia Galli and Manuel Concha and directed by Manuel Concha.

Batter in construction is a receding slope of a wall, structure, or earthwork. A wall sloping in the opposite direction is said to overhang. The term is used with buildings and non-building structures to identify when a wall is intentionally built with an inward slope. A battered corner is an architectural feature using batters. A batter is sometimes used in foundations, retaining walls, dry stone walls, dams, lighthouses, and fortifications.

Phrases starting with the word Batter:

Phrases ending with the word Batter:

Printed encyclopedias and other books with definitions for Batter

Comfort Food for Mind and Body by Sandy Moriarty

repeat with the remaining dry ingredients and kahlua mixture and stir until the batter is a smooth consistency. Pour the batter into the buttered baking dish. • bake at 350° for 30 minutes until a ...

The Wizard of Food's Encyclopedia of Kitchen & Cooking Secrets

Safety Measure for Tube Pans Spilling batter down the center of the tube is very common even among bakers unless they...

Safety Measure for Tube Pans Spilling batter down the center of the tube is very common even among bakers unless they know the secret to avoiding the problem. Once the pan has been properly prepared by greasing or lining with ...

BATTER. This is flour and liquid, and usually eggs and other ingredients, that are mixed to a consistency that can be stirred or 'battered'. Batters are used for crépes, pancakes and fritters, waffles and doughnuts, for coating foods for trying, ...

(Batter biscuits contain more liquid and are dropped from a spoon onto the sheet. ) Golden brown outside, moist inside, with a tender and flaky texture. Cakes: Biscuits used for shortcake may be richer in fat and contain sugar. Angel food (1 ) ...

A batter tries to hit the pitched ...

Online dictionaries and encyclopedias with entries for Batter 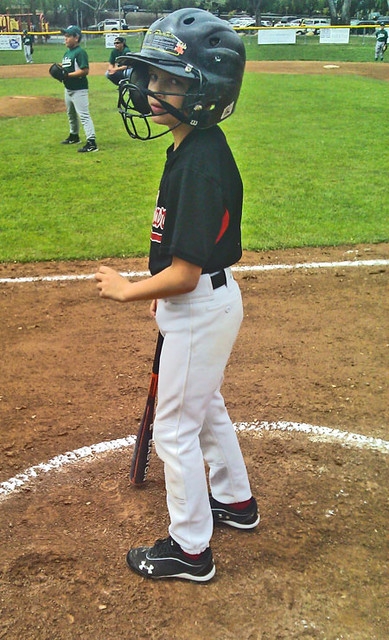 View more pictures about Batter Up and Pancake Batter.

View more videos about Batter Up.

See also the blanagrams of Batter!

Go to the usage examples of Batter to see it in context!