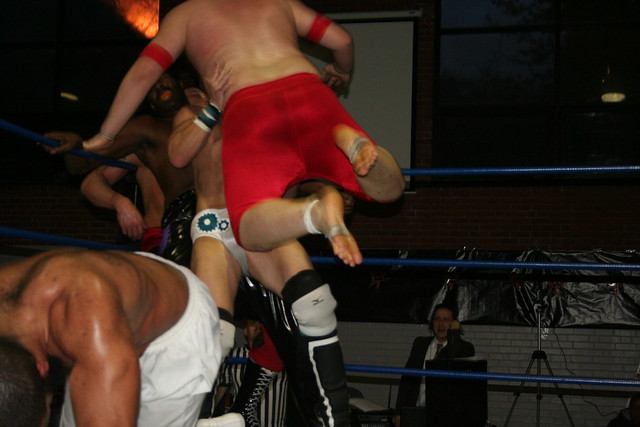 Definition of the noun battle royal

What does battle royal mean as a name of something?

"Battle royal" is a book by Frank O'Rourke.

Battle royal traditionally refers to a fight involving three or more combatants that is fought until only one fighter remains standing. In recent times, the term has been used in a more general sense to refer to any fight involving large numbers of people that are not organized into factions. Within combat sports, the term has a specific meaning, depending on the sports being discussed.

Printed dictionaries and other books with definitions for Battle royal

battle royal a fierce contest or dispute. A metaphor ...

battle royal hard-fought contest, often a free-for-all. The last election was a battle ...

—Battle royal, ageneral mêlée—Half the battle, said of anything which ensures success.—Line of battle, troops in array for battle; Lineofbattle ship, ...

a battle royal Fig. a classic, hard-fought battle or argument.

A certain number of cocks, say sixteen, are pitted together ; the eight victors are then pitted, then the four, and last of all the two; and the winner is victor of the battle royal. Metaphorically, the term is applied to chess, &c. Battle scenes. Le Clerc ...

Online dictionaries and encyclopedias with entries for Battle royal

Go to the usage examples of Battle royal to see it in context!