Bistro appears in the following palindrome (phrase that reads the same backward as forward):

Definition of the noun bistro

What does bistro mean as a name of something?

Specialised definition of the noun bistro

Bistro a.k.a. Byers Street Bistro is a Venue, Building in Staunton city.

"Bistro" is a composition.

Printed dictionaries and other books with definitions for Bistro

A bistro is a small, casual eating establishment known for serving hearty, simple fare along with wine. Bistros...

Typically, a bistro is a neighborhood restaurant where one can partake of French home cooking, typically robust, earthy dishes such as cassoulet, a casserole traditionally made with pork, beans, and fowl. Bistros are not temples of haute ...

Cafes, Coffee Shops, Bookstores, Bars, Hair Salons, and Other Hangouts at the Heart of a Community by Ray Oldenburg Ph.D.

Le bistro is a democratic and encompassing institution to which all are welcome, and there are no compartments into which the various grades of humanity are segregated, as in the pubs across the Channel. It is true that the café has had a ...

Hollywood and the Best of Los Angeles (2011)

The Plow & Angel Bistro is a more casual place for dinner only. There is an excellent bar menu, for nibbles with your drinks, as well as a “small plates” menu and a “big plates” menu, and a three-course fixed meal that changes every night and ...

Impressions: Duc's Bistro is a cool oasis of sophistication, which is an interesting contrast to the street scene outside in Chinatown. The menu blends French recipes with Vietnamese influences and throws in a little Cajun attitude just for spice.

” Binky's Bistro is a pleasant little place facing the main channel of the Inter Coastal Waterway ...

The Backstage Bistro is a classy jazz club downtown, which features top performers like Ahmad Jamal and Joshua Redman. Next door is the St. Louis Symphony, one of the best in the country, which performs every Friday and Saturday night ...

874-8008 The Seasons Hilltop Bistro is a pleasant restaurant with classic, elegant decor and an unhindered view of the city. Succulent Pacific Northwest cuisine. Reservations are required. Also open for lunch and weekend brunch.

Bistro is a word much bandied about these days, but Chez Nous is as close to the real thing as you can get in Austin, with traditional dishes like oven-roasted chicken and homemade pâtés. There is a menu du jour, daily chef's specials, plus ...

Bombay Bistro is a great Indian restaurant housed in a busy shopping center. The interior is comfortable but classy, with an open kitchen and friendly waitstaff. During lunch there is an ample lunch buffet, with a nice array of dishes, chutneys, ...

Students on Campus Tell You What You Really Want to Know, 37th Edition by Yale Daily News Staff

However, there are alternatives for the ravenous Clarkie— the Bistro is an on- campus café that offers students savory sandwiches and eggs cooked every way possible. Also, the city of Worcester offers restaurants within walking distance of ...

San Chez Bistro is a fabulous success story for all the right reasons. Beautiful high-vaulted tin ceiling supported by mosaic pillars, sandblasted brick walls, the mesmerizing activity of an open kitchen, and the one intangible so sought after by ...

Bistro is the soot of wood-ashes. Of real ultramarine but little is found in the market. It is obtained from the precious lapis lazuli ...

A bistro may be a small wine shop, bar, or casual restaurant. Bistros derive from French culinary traditions and typically have limited food choices. The food tends to be hearty. The term “bistro” became popular in America during the mid-20th ...

Bistro foods and wines are robust, rustic, and plentiful. Bistros serve simple dishes, presented simply and priced inexpensively, as would be ex- pected in neighborhood restaurants that cater to nearby residents. Bistros in France still preserve ...

Dictionary of Arts, Manufactures, and Mines (1878)

(Bistro, Fr.; Bister, Ger.) A brown colour which is used in watercolours, in the same way as China ink. It is prepared from wood-scot, that of beech being preferred. The most compact and best-burned parcels of soot are collected from the ...

Everything Fab Four by Kenneth Womack

Pepper's Bistro, occupying the former bus shelter “in the middle of the roundabout” on Penny Lane, a locale made famous by the Beatles' song “Penny Lane.” (Kenny1/Dreamstime.com) The Beatles pose on the stairs of ...

The Roman bistro is esteemed the best, but the quality of that met with in commerce depends chiefly ...

Online dictionaries and encyclopedias with entries for Bistro 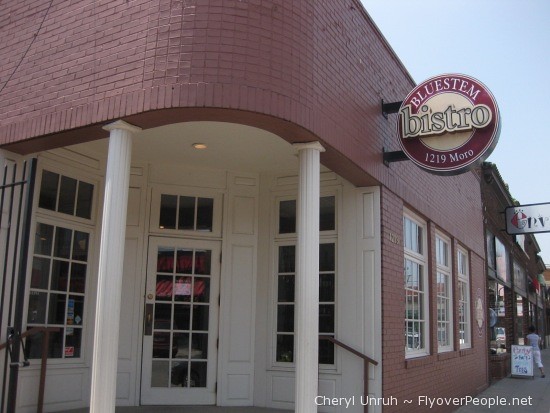