Definition of the noun blab

What does blab mean as a name of something?

Definition of the verb blab

What does blab mean as a doing word?

Alternative definition of the verb blab

Blab a.k.a. BLAB! is a comics anthology edited by Monte Beauchamp. Though its primary focus is comics, it regularly features articles with non-comics illustration and graphic design. Early issues were published by Kitchen Sink Press. Issues #9–18 were published annually by Fantagraphics Books in a 120-page, 10" x 10" square format featuring both black-and-white and color art.

Printed dictionaries and other books with definitions for blab

The Multicultural Dictionary of Proverbs (2005)

Over 20,000 Adages from More Than 120 Languages, Nationalities and Ethnic Groups by Harold V. Cordry

BLAB, v. bldb Dan. blabbre, to babble: Ger. plappom, to speak confuse ly or thoughtlessly, to babble: Gael. blabaran. a stammerer: Dut. labben, to tell tales]: to tattle; to tall tales; to tell secrets in a thoughtless manner: N. a tell-tale; one who ...

A Dictionary of Language Arts, Sciences, and General Literature

Online dictionaries and encyclopedias with entries for blab

Distribution of usage frequency for the most common synonyms of the verb blab: 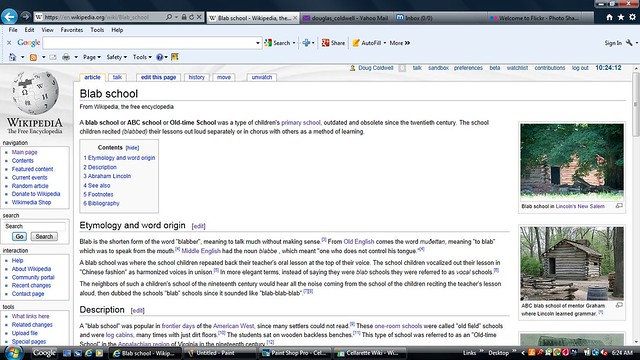 Video shows what blab means. To tell tales; to gossip without reserve or discretion.. blab pronunciation. How to pronounce, definition by Wiktionary dictionary.

He that is a blab is a scab.
more quotes about blab...

See also the blanagrams of blab!

Go to the usage examples of blab to see it in context!