Distribution of usage frequency for the most common synonyms of the noun braid:

Definition of the noun braid

What does braid mean as a name of something?

Alternative definition of the noun braid

Definition of the verb braid

What does braid mean as a doing word?

Alternative definition of the verb braid

"Braid" is a 2011 short drama film written and directed by Chun-Yi Hsieh.

Printed dictionaries and other books with definitions for Braid

Moonshine beyond the Monster (2006)

is a braid equivalence – it must be, since Braid is a braided monoidal category.

Braid is a woven material usually manufactured in straight lengths in various colours and patterns—most braids are made from cotton. Gimp is a...

Jonathan Blow's Braid is an independent game created almost solely by Blow himself and artist David Hellman. It was released on the Xbox 360 to surprising critical acclaim and commercial success and later ported to both the ...

The braid is a classic hairstyle that works anywhere from Step 1 Cut the waistband from a pair of jeans. Remove the belt loops and save for step 6. Step 2 If your jeans have reinforced outer seams, cut them out of both pant legs. If your jeans ...

Celtic Braid: The Braid is a knitted representation of interlacement found carved in Celtic stonework and the early Christian high crosses. This shows an artistic bridge between the traditions, linked by the Aran culture. The knitted braid is also ...

A Composer's Guide by Michael Sweet

Simple Braid Repeat Row 3 to create pattern. Rows 1 & 2: Forward and Return – Work Tss as you normally would. Row 3: Forward – Pick up loops up to Braid placement. Count down 3 rows before.

BRAID SIZING AND POLISHING. a brn<l by the head, and by which it is driven into its appointed place. Braid. (Fabric.) A narrow woolen woven goods, used for binding. Among the materials used for bonnet-braid may be mentioned, ...

Online dictionaries and encyclopedias with entries for Braid

Distribution of usage frequency for the most common synonyms of the noun braid:

Distribution of usage frequency for the most common synonyms of the verb braid: 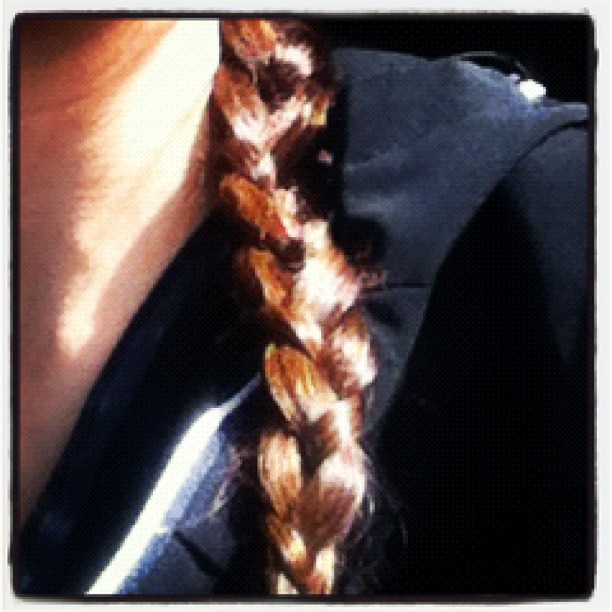