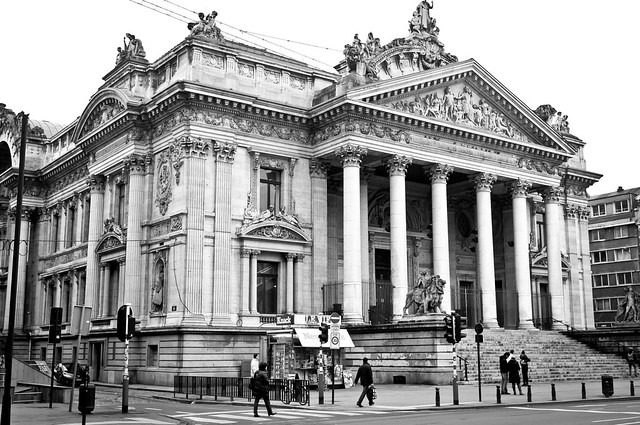 Definition of the noun Burse

What does Burse mean as a name of something?

Burse is a family name.

Printed dictionaries and other books with definitions for Burse

Although the burse is an ancient vestment, the silk veil arrived late in the Church of England from Rome and at the time stirred much controversy about its validity as a vestment.9 A veil is a square of silk or other material, usually but not always ...

Burse is a purse; hence the name of Bursely may have originated thus — "John the Burser," or treasurer, and in course of time contracted to "John Bursley." The importance of signing all legal and other instruments with the Christian name ...

A Collection of Voyages and Travels, Some Now First Printed from Original Manuscripts, Others Now First Published in English (1732)

With a General Preface, Giving an Account of the Progress of Navigation, from Its First Beginning

The English burse is a square and little area, having iron bars about it. The great burse is like our royal-exchange, but not so handsomely adórn'd. We attempted twice to see the castle; the first time we were denied entrance, because, they said ...

A burse is a bag in which the corporal, the cloth on which host and chalice are placed during Mass, is stored. For instance, 'ex illa hora non imputetur peccatum illius', in Bonius Mombritius, Sanctuarium seu Vitae Sanctorum (1480), Hildesheim ...

BURSE (BURSA, also PERA). A square case into which the priest puts the corporal which is to be used in Mass. It was introduced in the fourteenth century. It should be of the same colour as the vestments of the day.

BURSA, Burse, originally signifies a purse. In writers of the middle age It is more particularly used for 4 little college, or hall in an university, for the residence of students, called bursales or kursarii. In some universities it ...

Online dictionaries and encyclopedias with entries for Burse

Video shows what burse means. A purse.. A fund or foundation for the maintenance of the needy scholars in their studies.. An ornamental case to hold the ...