Definition of the noun canker

What does canker mean as a name of something?

Alternative definition of the noun canker

Definition of the verb canker

What does canker mean as a doing word?

Alternative definition of the verb canker

"Canker" is a musical album of Canker.

Phrases starting with the word Canker:

Phrases ending with the word Canker:

Printed books with definitions for Canker

On the structure and the diseases of the horse, with their remedies (1851)

also practical rules to buyers, breeders, breakers, smiths, etc; being the most important parts of the English edition of Youatt on the horse, somewhat simplified by William Youatt

CANKER Is a separation of the horn from the sensible part of the foot, and the sprouting of the fungous matter (proud-flesh) instead of it, occupying a portion or even the whole of the sole and frog. It is the occasional consequence of bruise, ...

Brought Down by W.C. Spooner, to which is Prefixed an Account of the Breeds in the United States

CANKER Is a separation of the horn from the sensible part of the foot, and the sprouting of the fungous matter (proud-flesh) instead of it, occupying a portion or even the whole of the sole and frog. It is the occasional consequence of bruise, ...

A TEXT-BOOK OF BOTANY

Citrus canker is a serious disease where rainfall and warm temperatures are favorable during shoot...

Diagnostic symptom of citrus canker is the water-soaked margin that develops around the necrotic tissue .

Containing a Minute Account of the Formation of Every Part of the Horse, with a Description of All the Diseases to which Each Part is Liable; the Best Remedies to be Applied, and the Most Approved Mode of Treatment for Preventing Disorders: Acompanied with a List of Medicines

Although canker is a disease most difficult to remove, it is easily prevented. Attention to the punctures to which these...

Pitch canker is the second most important and more recent problem in managed slash pine plantations.

Pitch canker is a wound parasite which can attack and debilitate trees of any age or size leading to branch and stem dieback and ...

An Assessment of Present and Alternative Technologies by National Research Council (U.S.). Environmental Studies Board

Atropellis canker is a widespread disease of pines caused by any of four species of that genus. Malformed stems and discolored, resin-soaked wood make the canker portion of trees undesirable for lumber. Scleroderris lagerbergii has caused ...

With a Treatise on Draught by William Youatt

Although canker is a disease most difficult to remove, it is easily prevented. Attention to the punctures...

Canker is a term generally applied to different obstinate, corroding, or heating humors, horses having it in the feet, sheep having "foot rot;" but unless the irritation is caused in the foot of the dog, sometimes by hard running on rough ground, ...

The canker is an unnatural growth that comes generally under the tongue and looks like a yellow piece of custard.

Bacterial Canker Bacterial canker is a much-studied complex disease that still is poorly understood. All cultivated Prunus species are susceptible to this disease, which is caused by the bacterium Pseudomonas syringae. In some years, many ...

Citrus bacterial canker is a serious disease of citrus that initially causes lesions on the leaves, stems, and fruit. If the disease is allowed to progress, defoliation, severely blemished fruit, premature fruit drop, twig dieback, and tree decline will ...

How To Grow Tomatoes

The bleeding canker is an airborne infection and is deadly on trees up to the age of about twenty—five. 'It is a valid reason for felling a chestnut, Whereas the insectattackers are not,' Robin Lane Fox, 'Troubled Trees', Financial Times, 4/5 ...

Bacterial canker is a disease which can kill cherry and plum trees. (c) Viruses. These are even smaller organisms, so small that the optical microscope does not reveal them.

Canker is the third form, which like the others, has very specific and characteristic symptoms, enabling one to spot it. upon first sight.

Biology of Populus and Its Implications for Management and Conservation (1996)

Poplar canker and dieback caused by Discosporium populeum What had been known as Dothichiza canker is a more serious disease in Europe than in North America (Waterman 1957). It is not clear whether the difference has to do with ...

Canker is an infrequent proliferative pododermatitis of the frog that may extend to undermine the sole and heel bulbs. The condition can occur in one or more feet and there is no predilection for fore or hind feet. Lameness is variable ...

citruS canker Citrus canker is a disease which affects citrus species caused by the bacterium called Xanthomonas axonopodis. This disease significantly affects the vitality of trees by causing leaves and fruit to drop prematurely but the ...

Online dictionaries and encyclopedias with entries for Canker 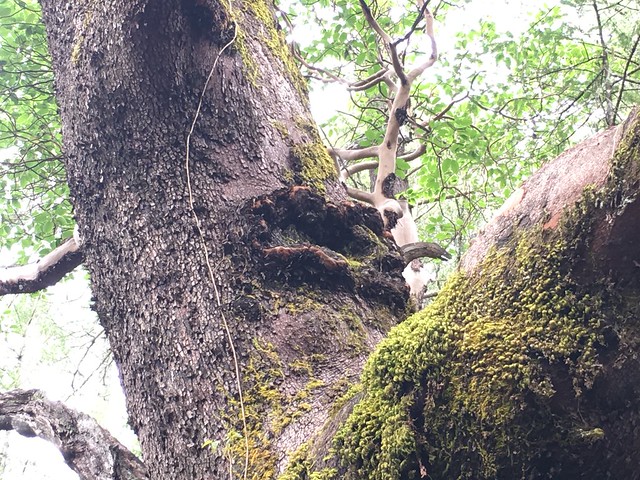 Prospero: This gallant which thou seest / Was in the wreck. And, but he's something stain'd / With grief, that's beauty's canker, thou mightst / Call him a goodly person. (William Shakespeare)
more quotes about canker...