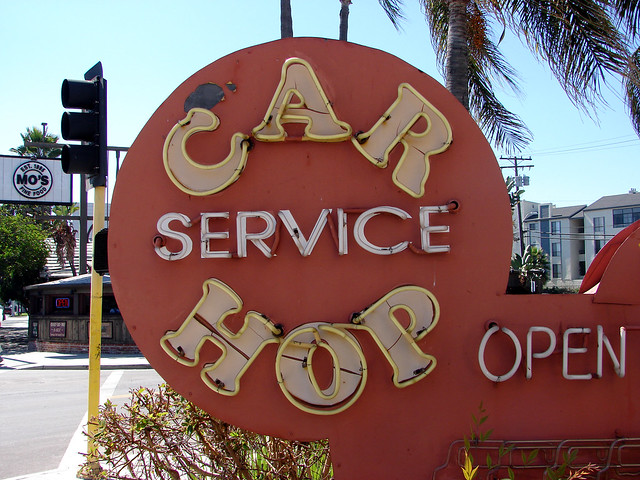 Definition of the noun Car Hop

What does Car Hop mean as a name of something?

Car Hop is a Gottlieb pinball machine released in January 1991.

Printed dictionaries and other books with definitions for Car Hop

With the emergence of technology, lowriders can be coaxed into being raised and lowered through the use of remote control devices, in addition to making the car hop up, down, and sideways. "Hops" is the term used to include a variety of ...

A Dictionary of Travel and Tourism Terminology (2005)

Dictionary of Travel, Tourism and Hospitality (2012)

Online dictionaries and encyclopedias with entries for Car Hop