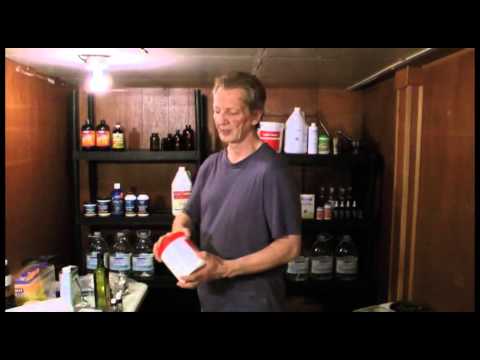 Definition of the noun Chelator

What does Chelator mean as a name of something?

Chelator is a genus of Desmosomatidae, described by Hessler in 1970.

Alternative definition of the noun Chelator

Phrases starting with the word Chelator:

Phrase ending with the word Chelator:

Other phrases containing the word Chelator:

Printed dictionaries and other books with definitions for Chelator

A chelator is a ligand that can bind to metal with two or more atoms. Briefly, a chelator is a polydentate ligand. In our discussion of the formation constant, we will use EDTA as an example. When this specie is fully deprotonated, which is the ...

For ProHance, the chelator is a ringlike structure known as a macrocycle; whereas, for Magnevist, the chelator is an open configuration. Both chelators contain carboxylic acid arms. Gadolinium has an affinity for nitrogen and oxygen groups ...

Removal of excess iron using a synthetic iron chelator is an attractive strategy to treat diseases like β- thalasemia ...

The chelator is a diamine dioxime with similarities to that in 99mTc-exametazime; see Figure ...

Chelator A chelator is an organic chemical that forms 47.

A chelator is a substance that pulls minerals and metals out of the body. Since calcium deposits are a major constituent of the plaque, and a factor in the hardening of the arteries, its removal will improve this condition. A solution of vitamins, ...

is a chelator of lead and zinc, and its effectiveness ...

Chelator. A molecule that binds iron through coordinating moieties (e.g., carboxylates or amines). They are used to inhibit iron-catalyzed free radical reactions or to treat iron overload conditions. Desferrioxamine and defer- iprone are two ...

Edetic acid is a powerful chelator of +2 and +3 cations. The sodium...

as a chelator of metals in inorganic chemistry; it is used in the treatment of heavy metal poisoning (e.g., lead poisoning, especially of livestock). and in calcinosis therapy.

chelator (vb: chelate, chelation) : A chelator is an organic chemical that bonds with and removes free metal ions from solutions.

A powerful chelator of +2 and +3 cations. The sodium salt binds heavy metals most strongly and can form as many as six bonds. Properties: A colorless, flammable, crystalline substance, ammoniacal odor, slightly soluble in water, insoluble in ...

Edetic acid is a powerful chelator of +2 and +3 cations. The sodium salt binds heavy metals most strongly and can form as many as six bonds. It is used as a chelator of metals in inorganic chemistry; is administered by injection in the treatment ...

The most common chelators include dimercaprol, DMSA, and Dimaval. D- Penicillamine was a chelator used previously, but is no longer recommended because of serious reactions involving the hematologic system ( thrombocytopenia, ...

chelating agent A chelator, or metal deactivator, is an additive which will sequester, or lock up, unwanted metal ions.

Online dictionaries and encyclopedias with entries for Chelator