Distribution of usage frequency for the most common synonyms of the verb chord:

Definition of the noun chord

What does chord mean as a name of something?

Alternative definition of the noun chord

Definition of the verb chord

What does chord mean as a doing word?

Chord is a musical group.

"Chord" is a musical album of Lukid.

Chord is a fictional character from the 2014 film Open Windows.

Printed dictionaries and other books with definitions for Chord

A Primer for Musicians, Music Teachers, and Students by Michael J. Pagliaro

Seventh Chord—A seventh chord is a triad with the seventh degree of the scale added. There are...

A Beginning Acoustic and Electric Guitar Method by Jerry Snyder

For example, the D7 chord is an extended D Chord. All major...

Elements of Euclid [selections from book 1-6] adapted to modern methods in geometry, by J. Bryce and D. Munn (1874)

A semicircle is a segment whose chord is a diameter. 36. A sector of a circle is the figure contained by any arc and two radii drawn through its extremities. 37. When the two radii of a sector are at right angles to one another, the sector is called ...

complexion The downbeat of bar 21 has another bass suspension In bar 22 the chord is a dominant 7th with B as its root, but with A (the 7th) in the bass, making it the third inversion or V 7d ) 7Vd always resolves to Ib which happens here on ...

Chord. Dictionary. CONTENTS. MANDOLIN PARTS 2 HOW TO HOLD THE MANDOLIN 3 GETTING ACQUAINTED WITH MUSIC 4 - 5 COM PA RA Tl VE NO TE VA L UES 6 MEASURES AND TIME SIGNA TURES 1 HOW TO TUNE YOUR ...

by Ed Hughes, Willard A. Palmer

A triad is a chord that is made up of only three notes. For example, a simple G major chord is a triad consisting of the notes G, B, and D.Thereare several types of triads, including major, minor, diminished, augmented, and suspended.

A triad is a chord that is made up of only three notes. For example, a simple G major chord is a triad consisting of the notes G, B, and D. There are several types of triads, including major, minor, diminished, augmented, and suspended.

Online dictionaries and encyclopedias with entries for Chord 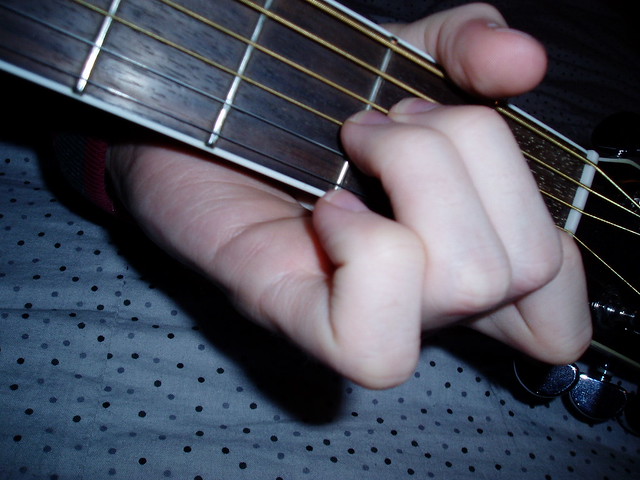 I had to learn chord shapes. I bought books with chord charts. I used to listen to all kinds of pop music. (Mick Taylor)
more quotes about chord...