Definition of the noun collie

What does collie mean as a name of something?

Collie is a town in the South West region of Western Australia, 213 kilometres south of the state capital, Perth, and 59 kilometres inland from the regional city and port of Bunbury. It is near the junction of the Collie and Harris Rivers, in the middle of dense jarrah forest and the only coalfields in Western Australia. At the 2011 census, Collie had a population of 6,998.

There are other people with in their name, like Ian Collie, Jay Collie, Lyn Collie, Max Collie, Zac Collie, Collie Knox, Bruce Collie, Collie Buddz, Collie Smith, James Collie and many others.

"Collie" is a composition.

The Collie is an active and agile, long-coated sheepdog. It has a lean, blunted, wedge-shaped head that is flat on top. The trim, but muscular, body is slightly longer than it is tall. In the Rough variety, an abundant double coat forms a mane around the neck and chest. The Smooth variety has a one-inch coat that needs very little grooming. They both come in sable and white, tri-color, blue merle or predominantly white with sable, tri-color or blue merle markings. Height: 22-26 inches Weight: 56-75 poundsdogbreedinfo.

Phrases starting with the word Collie:

Phrases ending with the word Collie:

Printed dictionaries and other books with definitions for Collie

An Introduction to Cognitive Psychology (2013)

Processes and disorders by David Groome

Glossary of Semantics and Pragmatics (2006)

Further examples of transitive relations include: is a (a collie is a dog, a dog is an animal, therefore a collie is an ...

The Collie is a sheepherding dog from Scottish and north- em English stock that began to reach its current state of refinement in the late nineteenth century. The Collie is a great learner and sensitive, affectionate family member. 75. Dachshund ...

A Collie is a Dog. Thus, Lassie inherits the methods of both Collies and Dogs. Multiple inheritance is inheritance from more than one ancestor class, neither of these ancestors being an ancestor of the other. For example, independent classes ...

The Complete Guide to Border Collies

Collie. The Border Collie is a dog with vibrant energy. Attentive, responsive, quick and enthusiastic are only some of the adjectives commonly used to describe the breed. They have a strong work ethic and are completely loyal to those ...

Journal of the Royal Asiatic Society (1843)

by Royal Asiatic Society of Great Britain and Ireland

Collie is the present proprietor, carried and fastened it to one of the ...

Tracking Wolves in the Wild by Sylvia A. Johnson, Alice Aamodt

The graceful, quick-moving collie is a typical member of ...

The Bearded Collie is a strong working dog. They have a shaggy, waterproof, double coat. Bearded Collie puppies are born with a mixture of dark and ...

The encyclopaedia of the kennel (1913)

a complete manual of the dog, its varieties, physiology, breeding, training, exhibition and management, with articles on the designing of kennels by Vero Kemball Shaw

COLLIE rather the reverse. This is because the object of breeders has been ...

UK, 1974 collie dug noun a man; implying that to some degree the person is afool or a victim. Glasgow rhyming slang for MUG, formed from the local pronunciation of®collie dog ̄. UK: SCOTLAND, 2002 Collie Knox noun the pox. Rhyming ...

since 2002 Formed: 2002 , through a merger between the Collie and Mines Rovers Football Clubs Website: http://www.collieeagles.asn.au/ Colours: Navy blue, light blue and white ...

Online dictionaries and encyclopedias with entries for Collie 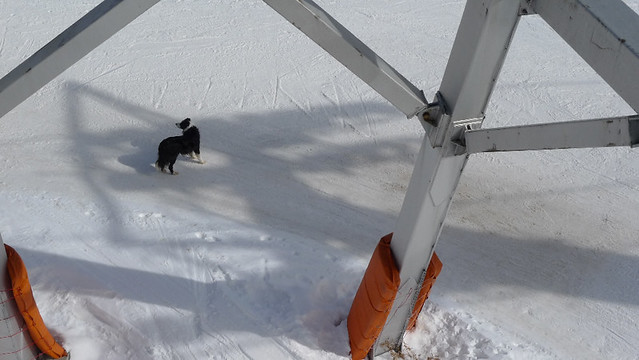 We owned a bearded collie for many years. Sophie. She was old, and she died last year. (Erika Slezak)
more quotes about collie...