Curtain call is a tautogram (all words start with the same letter). View more tautograms!

Definition of the noun curtain call

What does curtain call mean as a name of something?

Curtain Call is a Venue, Building in Stamford.

Printed dictionaries and other books with definitions for Curtain call

Curtain call : At the end of a performance, the acknowledgement of applause by actors - the bows. Curtain line : 1. The final line of a scene or act which gives the cue for the curtain to come down. In a tradition dating from Elizabethan times it is ...

curtain curtain call the appearance of one or more performers on stage after a ...

curtain call The summoning of actors to give an acknowledgement at the end of the performance of the audience's appreciative applause, and the acknowledgement itself. Many curtain calls are staged, or choreographed, particularly in the ...

curtain call The practice of a player coming out of the dugout to...

The first curtain call may have occurred on May 28, 1956, when Pittsburgh Pirates slugger Dale Long hit a home run off Brooklyn ...

curtain call The practice of a player coming out of the dugout to acknowledge the fans. The call usually starts in the form of a chant of the players name ("Rusty-Rusty-Rusty" or "Ed-die-Ed-die-Eddie") to honor the ...

curtain call n. the appearance of one or more performers on stage after a performance to acknowledge the audience's applause. curtain- raiser n. an event happening just before a longer or more important one. curtsy ( also ...

curtain call n an audience's demand for performers to appear in front of the curtain after it has fallen, to receive further applause. curtain-raiser n1a short play, etc. before the main performance. 2 any introductory ...

Online dictionaries and encyclopedias with entries for Curtain call 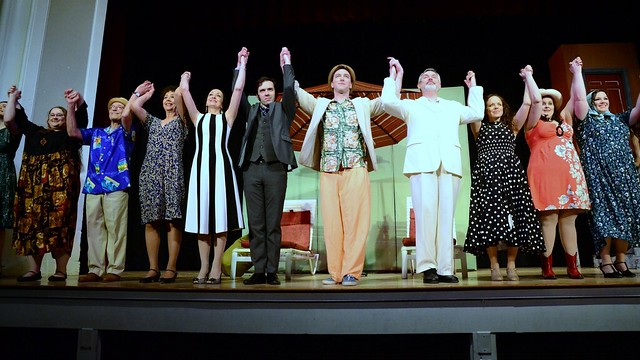 Hurried and worried until we're buried, and there's no curtain call, Lifes a very funny proposition after all. (George M. Cohan)
more quotes...

Go to the usage examples of Curtain call to see it in context!