Definition of the noun Cyanea

What does Cyanea mean as a name of something?

Cyanea is a genus of Cyaneidae, described by Peron & Lesueur in 1809.

Cyanea is a genus of Campanulaceae.

Cyanea is a genus of Diptera, described by Meigen in 1800.

Cyanea is a genus of Cnidaria, described by Agassiz in 1846.

Cyanea is a kind of Campanulaceae, described by Gaudich. in 1829.

Phrases starting with the word Cyanea:

Phrases ending with the word Cyanea:

View more phrases with the word Cyanea in thesaurus!

Printed dictionaries and other books with definitions for Cyanea

/Eschna cyanea is an admirable nymph to observe, as it is of a very game and Bporting nature ; the manner in which it will tackle a worm many times its own length is indicative of very great tenacity of purpose. It has but little skulking in its ...

Stokesia cyanea is a little known plant, which should find a place in every border. Platy- codon grandiflora and the later variety, mariesii, are indispensable for midsummer blooming. Several of the achilleas bloom at this season, Achillea ...

Cyanea is a gemstone of Scythia, sparkling with a blue gleam, pure, but sometimes also varying with little gold dust-specks ...

STOKESIA cyanea is a pretty plant, belonging to the Composites: any rich light soil will suit it; and cuttings root freely, under a hand-glass. STRELITZIA is a Cape genus, and its species are generally cultivated in the stove, but they will succeed ...

Zooplankton of the Atlantic and Gulf Coasts (2012)

A Guide to Their Identification and Ecology by William S. Johnson, Dennis M. Allen

Cyanea is the largest Atlantic jellyfish with a bell reaching 2 m in diameter and tentacles exceeding 60 min boreal or Arctic regions. Planulae are brooded on the oral arms. When females deteriorate, planulae are deposited on the bottom as ...

Design and Arrangement Followed by a Description of the Plants, Shrubs and Trees for the Open-air Garden and Their Culture by William Robinson

cyanea is a handsome hardy American perennial, i8 to 24 inches high, and of stout free growth, with, in September, large showy blue flowers somewhat similar to those of a China Aster. It grows freely in good warm soils, but from its late ...

cyanea is a handsome hardy American perennial, 1 8 to 24 in. high, and of stout free growth, with, in September, large showy blue flowers somewhat similar to those of a China Aster. It grows freely in good warm soils, but from ...

Stokesia cyanea is a little known plant which should find a place in every border. Platycodon andiflora and the later variety, ariesii, are indispensable for summer blooming.

Cyanea is a plant easily propagated by parting its roots, as well as by seeds, will succeed in a small ...

Dictionary of Scientific Illustrations and Symbols (1894)

Moral Truths Mirrored in Scientific Facts : Designed for the Use of the Senate, the Bar, the Pulpit, the Orator, and the Lover of Nature by Barrister of the honorable society of the Inner Temple

But, with its broad tawny festooned and scalloped disk, often a full foot or even more across, the Cyanea capillata flaps its way through the yielding waters, and drags after it a long train of ribbonlike arms and seemingly interminable tails, ...

A Dictionary of the Economic Products of India: Abaca to Buxus (1889)

Cyanea, a genus of scyphozoan jellyfish (Order Discomedusae). C. capillata ( lion's mane; pink jellyfish). a common jellyfish, and the largest. It floats near the surface, occuring along the Atlantic Coast of North America from the Arctic into the ...

The New Encyclopedia of Orchids (2008)

cyanea,. from. the. beautiful. azure. colour. of. its head and neck. On the shore were several gules, black oyster catchers or sea pies, and plovers of a stone colour. Blackish snakes of a pretty large size, were likewise seen in the woods; as well ...

(Except Ornamentals) by Peter Hanelt, Institute of Plant Genetics and Crop Plant Research

Online dictionaries and encyclopedias with entries for Cyanea 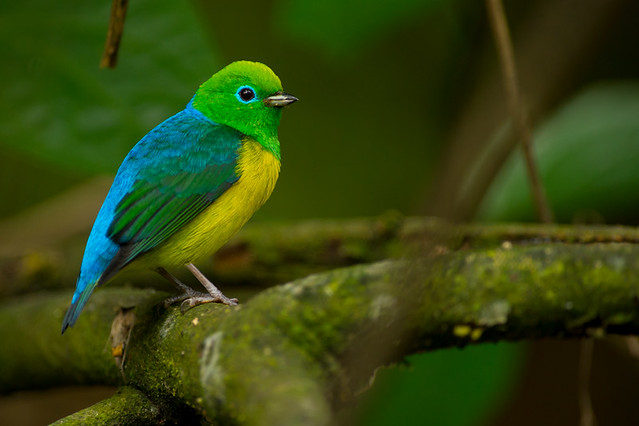