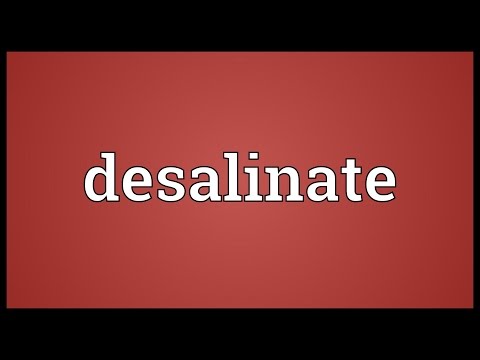 Definition of the verb desalinate

What does desalinate mean as a doing word?

Alternative definition of the verb desalinate

Printed dictionaries and other books with definitions for desalinate

The other reason that Israel has been reluctant to demonstrate its capacity to desalinate is that the future is recognised as a period when desalination will be a viable means of meeting rising water demands for industry and domestic use.

Online dictionaries and encyclopedias with entries for desalinate

Video shows what desalinate means. To remove the salt from something, especially from seawater for use in a domestic water supply. Desalinate Meaning.

The value of this 10-letter word is 11 points, but it's not an accepted word in the Official Scrabble Players Dictionary.