Definition of the verb devastate

What does devastate mean as a doing word?

Alternative definition of the verb devastate

"Devastate" is a musical album of Decaying.

Printed dictionaries and other books with definitions for Devastate

Devastate means literally to lay waste, and refers not merelv to the carrying away of valuables, but to the utter destruction of everything. We may speak of a city devastated by fire, or a country devastated by storm — so that the word has a wider ...

that a flood will devastate Manhattan sometime this century) is sometimes judged less probable than a conjunction that includes that event (e.g., that global warming will cause glaciers ...

An analytical dictionary of the English language (1830)

It was also written devastare, from which we have Devastation, the action of laying Waste, and also To Devastate, which is synonymous with ' To lay Waste ;' the word lay being in this case equivalent to the Latin preposition de; as if we should ...

A Concise Etymological Dictionary of the English Language (2005)

Online dictionaries and encyclopedias with entries for Devastate

Distribution of usage frequency for the most common synonyms of the verb devastate: 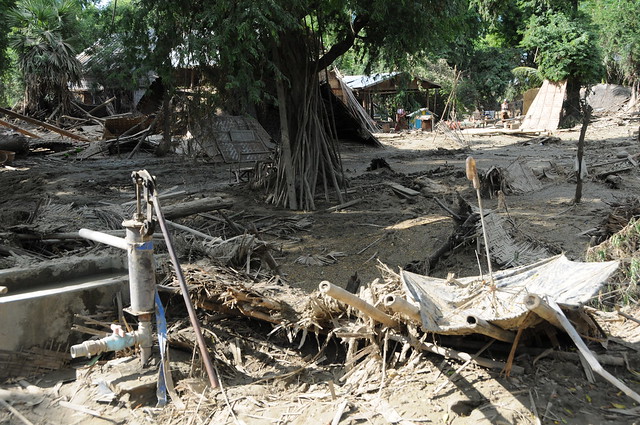 The more worrying feature of the new global corporate structures is their capacity to devastate national labour markets by transferring their operations to cheaper locations overseas. (Fredric Jameson)
more quotes about devastate...