Definition of the noun Ebb and flow

What does Ebb and flow mean as a name of something?

Definition of the verb Ebb and flow

What does Ebb and flow mean as a doing phrase?

"Ebb and Flow", is a public mural by American artist Douglas David, located on the exterior of the Consolidated Building in downtown Indianapolis, Indiana. It was painted in 2006 by David using exterior house paint.

Ebb and flow are two phases of the tide or any similar movement of water. The ebb is the outgoing phase, when the tide drains away from the shore; and the flow is the incoming phase when water rises again. The terms are also common in figurative use.

Printed dictionaries and other books with definitions for Ebb and flow

time; season—now used only in composition, as Christmas-tide; fit time; opportunity; the alternate ebb and flow, or rising and falling, of large bodies of water, ...

Encyclopedia of Global Population and Demographics (2014)

Yet there is something very intellectually and emotionally riveting about understanding the ebb and flow of our human experience. Not only is it fascinating from an intellectual standpoint, but we also can see, feel and touch the modernday ...

'ebb and flow' (a continuing process of decline and upturn in circumstances); 'on the ebb' (in decline). A connected ...

The Domestic Encyclopaedia; Or, A Dictionary of Facts, and Useful Knowledge (1804)

Comprehending a Concise View of the Latest Discoveries, Inventions, and Improvements, Chiefly Applicable to Rural and Domestic Economy. Together with Descriptions of the Most Interesting Objects of Nature and Art; the History of Men and Animals, in a State of Health Or Disease; and Practical Hints Respecting the Arts and Manufactures, Both Familiar and Commercial, Illustrated with Numerous Engravings and Cuts in Five Volumes by Anthony Florian Madinger Willich, James Mease

TIDE, denotes the rising and falling of sea-water; a phenomenon which is observable on all the shores of the ocean: it is also termed the flux and rr-jlux, or the alternate ebb and flow. The water of the sea flows for about 6 hours from south to ...

Online dictionaries and encyclopedias with entries for Ebb and flow

Photos about Ebb and flow 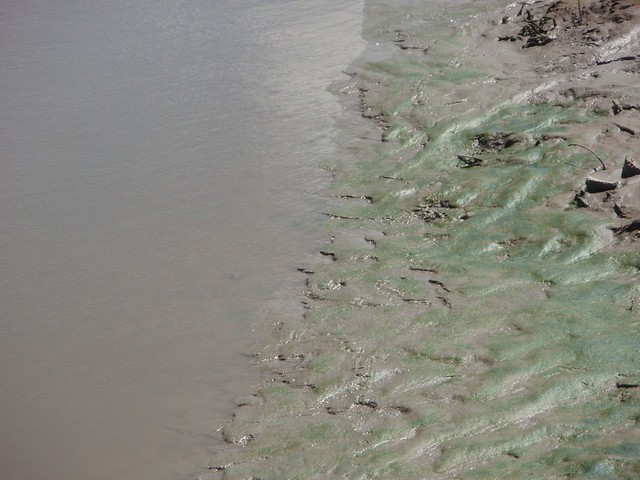 View more pictures about The Ebb and Flow.

See also the pronunciation examples of Ebb and flow!

Quotes about Ebb and flow

I have a terrific marriage, but unlike a lot of relationships where they ebb and flow, no matter what happens you fall deeper and deeper in love every day. It's kind of the best thing that can happen to you. It's thrilling. (Hugh Jackman)
more quotes...