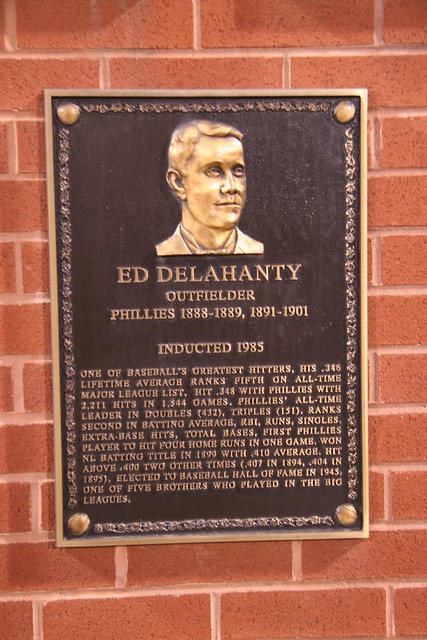 Who is Ed Delahanty?

Ed Delahanty: Edward James Delahanty, nicknamed "Big Ed", was a Major League Baseball player from 1888 to 1903 for the Philadelphia Phillies, Cleveland Infants and Washington Senators. He was known as one of the game's early power hitters. Delahanty won a batting title, batted over .400 three times, and has the fifth-highest batting average in MLB history. He was elected to the Baseball Hall of Fame in 1945. He died under uncertain circumstances in Niagara Falls after being kicked off of a train while intoxicated.

Printed dictionaries and other books with definitions for Ed Delahanty

Ed Delahanty in the Emerald Age of Baseball. Notre Dame ...

Online dictionaries and encyclopedias with entries for Ed Delahanty