Definition of the verb exfoliate

What does exfoliate mean as a doing word?

Alternative definition of the verb exfoliate

"Exfoliate" is a musical album of Go Hiyama.

Printed dictionaries and other books with definitions for Exfoliate

To exfoliate means to rub the body to remove dead skin cells. Dermatology is the study and treatment of skin disorders. Although most estheticians aren't medical professionals, they sometimes work with doctors. If an esthetician sees ...

A Guide to Yosemite National Park

To exfoliate means to cast off in scales, plates. or sheets—the spalling off of rock layers on otherwise unjointed granite. Exfoliation is caused by outward expansion of the granite. This occurs as a result of load relief—when the overburden that ...

exfoliate is the process of using products and actions that slough off or remove the dead surface layer of skin from an area of your body or ...

However, such an exfoliate is a mixture of many cell types, among them bacteria, the desired epithelial cells, cells of the immune system (leukocytes and lymphocytes), red blood cells (erythrocytes), and cell debris. A relatively clean cell ...

A Practical Guide to Beauty Therapy for NVQ Level 2 (2003)

Exfoliants To exfoliate means to peel off in scales or layers. All types of skin benefit from the weekly use of exfoliating products to brighten up the complexion and refine the skin texture. Regular use of an exfoliant prevents the build-up of dead ...

To exfoliate means to remove a specimen in flakes or scales. TREATMENT PROCEDURES OF THE INTEGUMENTARY SYSTEM Preventive Measures Sunscreen that blocks out the harmful ultraviolet B (UVB) rays is sometimes measured in ...

Exfoliate means to open, such as to open the pages of a book. New sheetlike nanocomposites are being investigated in the production of tire inner layers. These approaches focus on the use of two different materials, silicates and graphite.

resulting in an overall lighter tire Tire inner layers are typically derived from butyl rubber, often halogenated butyl rubber Exfoliate means to open, such as to open the pages of a book New sheetlike nanocomposites are being investigated in ...

exfoliate is the process of using products and actions that slough off or remove the dead surface layer of skin from an area of your body or ...

exfoliate. To come away from or be shed by the parentsurfaceinthe form of thin layers such as flakes or scales. Theprocessisknown as exfoliation. existing chemical Defined as one of over 100,000 chemicalsthat are.

Structure by Avraam I. Isayev

exfoliate explosive limit acid and glutamate are examples of excitotoxins. exfoliate To remove surface layers of the skin, especially dead skin cells, generally by the use of an abrasive agent. exhilarant Herbs that enliven and cheer the mind.

International Encyclopaedia of Engineering and Technology (2007)

exfoliate A noun, used in patent literature to describe a surface treated nanoclay, which posesses a sufficiently enlarged gallery spacing to permit the nanoclay to fully disperse ( exfoliate) ...

z * To EXFOLIATE. v. n. [ex and folium.] To shell off; separate, as a corrupt bone from the sound part. A term of chirurgery.—Our work went on ...

A Dictionary of the English Language, in which the Words are Deduced from Their Originals ... (1778)

To EXFOLIATE . v. n. (ex and folium, Lat.) To shell off; as a corrupt bone from the sound part.

Faces around the World: A Cultural Encyclopedia of the Human Face (2012)

A Cultural Encyclopedia of the Human Face by Margo DeMello

Olive oil itself was also used as a cleanser in ancient Rome, and honey was used throughout the Mediterranean region to both exfoliate and moisturize the skin. The Romans used flour and butter on acne, while the Greeks used lead to clear ...

exfoliate exon trapping exfoliate : To shed cells from the skin or from mucous membranes. exine : The outer layer of the wall of a pollen grain or spore. exit domain : One of the two main binding sites on the ribosome molecule. The finished ...

Online dictionaries and encyclopedias with entries for Exfoliate 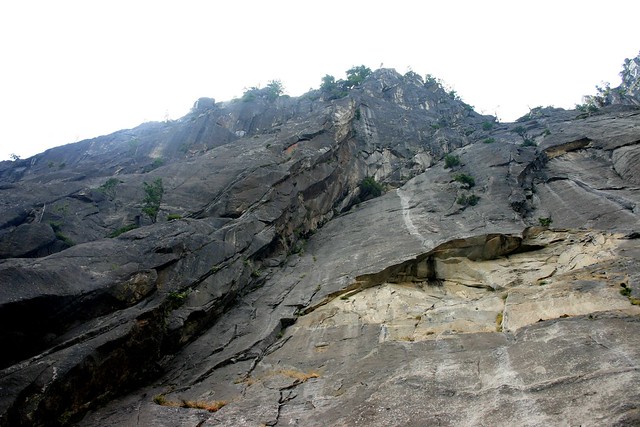 Video shows what exfoliate means. To remove the leaves from a plant.. To remove a layer of skin, as in cosmetic preparation.. To split into scales, especially to ...