Distribution of usage frequency for the most common synonyms of the noun fault:

Distribution of usage frequency for the most common synonyms of the verb fault:

The word fault is considered to be an easy one, according to the Dale-Chall word list, which includes 3000 words that all fourth-grade American students should know and understand.

Definition of the noun fault

What does fault mean as a name of something?

Alternative definition of the noun fault

Specialised definition of the noun fault

illegal (or incomplete) execution of a technique specific to a sport discipline, e.g. travelling in handball and basketball, incorrect serve in racquet games (badminton, tennis, etc.), knocking down an obstacle in show-jumping, catching the ball with both hands in water polo, touching the ball with the hand in soccer, the execution of an gymnastic exercise that does not correspond to the Code de Pointage. Faults and the corresponding sanctions are defined in the rules of the respective sport discipline. (Herbert Haag & Gerald Haag. 2003. Dictionary. Sport, Physical Education, Sport Science. Kiel, Institut für Sport und Sportwissenschaften)

a mistake that incurs penalty points. Faults include disobedience, knocking down an obstacle, the horse's hooves touching water in a water jump, and a fall by rider or horse (2005. Chambers Sports Factfinder. Chambers Harrap Publishers Ltd)

when a serve fails to land the ball within the service box (2005. Chambers Sports Factfinder. Chambers Harrap Publishers Ltd)

Definition of the verb fault

What does fault mean as a doing word?

Alternative definition of the verb fault

Phrases starting with the word Fault:

Phrases ending with the word Fault:

View more phrases with the word Fault in thesaurus!

Printed dictionaries and other books with definitions for Fault

An Introduction from Fault Detection to Fault Tolerance by Rolf Isermann

Fault is an incorrect step, process, or data definition in a computer program.

Alternatively, a fault is the defect in the program that, when executed under particular conditions, causes a failures. Also, fault is a developer-oriented concept and considered as a property of the program rather than a property of its execution or ...

Message of the President of the U. S. transmitting the report of the Employers' liability and workmen's compensation commission ... (1912)

an injury inflicted without the employer's fault is a taking of property contrary to the fifth and to the fourteenth amendments...

an injury inflicted without the employer's fault is a taking ofproperty contrary to the fifth and to the fourteenth amendments...

an injury inflicted without the employer's fault is a taking of property contrary to the fifth and to the fourteenth amendments...

Faults A fault is a planar fracture where the two sides of the fracture have been displaced relative to each other.

Fault — A fault is the result of an error.

When the master agent sends a signal to the Slave agent 2 via the synchronization channel g about whether the fault is a true fault or a hidden failure based fault, Slave agent 2 listens and moves from the location wait to the committed location ...

The Hilton Creek fault is a significant component of the Sierra Nevada range-front fault system, as is indicated by the presence of an east-facing escarpment over 3,500 feet high at the mouth of McGee Creek. Geologists revere ...

the Rinconada fault is the principal trace east of the Salinas River (southeast...

CHAPTER A fault is a surface or narrow zone along which one side has moved relative to the other in a direction parallel to the surface or zone. Most faults are brittle shear fractures (Figure 4.1A) or zones of closely spaced shear fractures ...

A fault is a tectonic structure along which differential slippage...

Fault is a heavy word. It includes generations in its pitiless entail. Sufficient for the day is the evil thereof...

The Dictionary of Electrical Installation Work (2011)

Online dictionaries and encyclopedias with entries for Fault 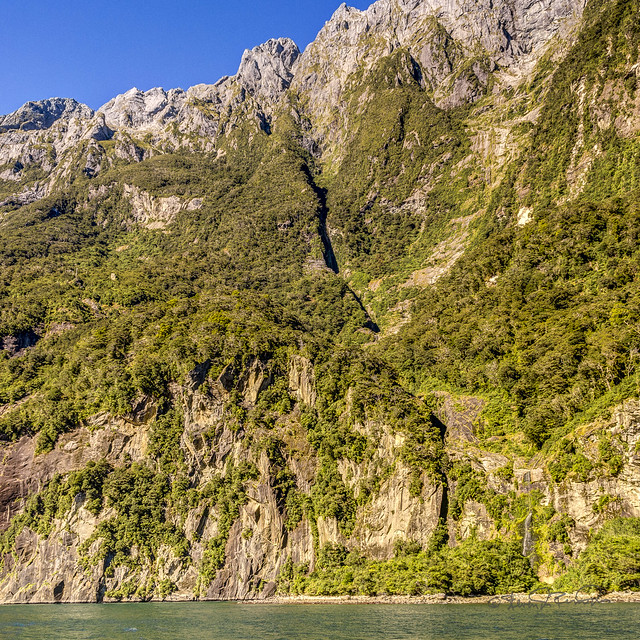 His only fault is that he has no fault. (Pliny the Younger)
more quotes about fault...