Distribution of usage frequency for the most common synonyms of the noun flourish:

Distribution of usage frequency for the most common synonyms of the verb flourish:

Flourish (en embellishment or ornamentation) is considered to be an advanced word, according to the Barron's essential words for the GRE, which includes 800 college- and graduate-level words that frequently appear on the Graduate Record Exam.

Definition of the noun flourish

What does flourish mean as a name of something?

Alternative definition of the noun flourish

Definition of the verb flourish

What does flourish mean as a doing word?

Alternative definition of the verb flourish

Flourish: A flourish is a juggling club trick in which the performer spins the club around his fingers. The club actually makes two revolutions around its center of gravity, once on the medial side of the juggler's hand and once on the lateral side.

Printed dictionaries and other books with definitions for Flourish

The simple flourish is the flipping of the lightsaber hilt by dropping the point, and flipping it back, and then up and forward by...

The complex flourish is a combination of martially ...

All fear needs to flourish is that feelings be distrusted and for law to make all ...

Creating the conditions in which high-quality learning can flourish is the first priority of teaching in any subject. As Biggs (1999: 25) remarks, 'the context that we set up is at the core of teaching', Whilst encouraging student ...

A Composer's Guide by Michael Sweet

or musical flourish is a short musical phrase or cue (usually less than 10 seconds) that emphasizes a gameplay event. A stinger can play on top of whatever music is currently playing or it can play by itself, depending on its function within the ...

flourish 'To enjoy a woman in a hasty manner, to take a flyer' (Grose 1788). Ex standard sense of brandishing a ...

The Practitioner's Encyclopedia of Flower Remedies (2014)

The Definitive Guide to All Flower Essences, their Making and Uses by Clare G. Harvey

The Flourish Formulas and the Range of Light Flower Essences are Richard's and ...

A flourish after the signature ending in a point denotes the aggressively militant ( Robespierre). Yatagan-shaped—the combative fighter (Henri Rochefort). Vertical or almost —brain predominant (Pasteur), with signs of will-power if it thickens, ...

Dictionary of the Artists of Antiquity (1837)

Flourish, flur'rtsh, an ornamental scrawl with the ...

Online dictionaries and encyclopedias with entries for Flourish 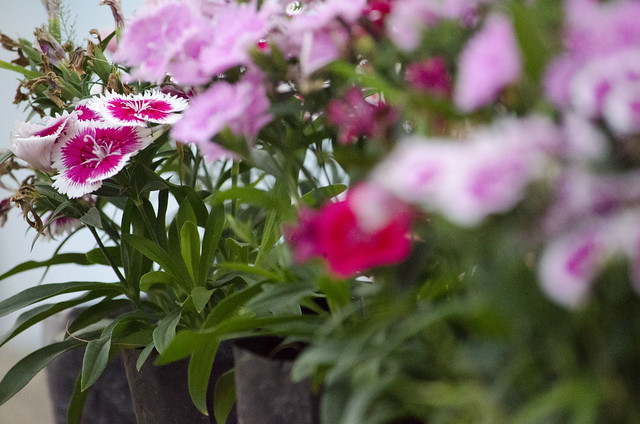 If our democracy is to flourish, it must have criticism; if our government is to function it must have dissent. (Henry Commager)
more quotes about flourish...