Fool appears in the following palindromes (phrases that read the same backward as forward):

Distribution of usage frequency for the most common synonyms of the noun fool:

Distribution of usage frequency for the most common synonyms of the verb fool:

The word fool is considered to be an easy one, according to the Dale-Chall word list, which includes 3000 words that all fourth-grade American students should know and understand.

Definition of the noun fool

What does fool mean as a name of something?

Alternative definition of the noun fool

Definition of the verb fool

What does fool mean as a doing word?

Fool is a musical group.

There are other characters with in their name, like Fool..., Henry Fool.

"Fool" is the eleventh novel by Christopher Moore, released on February 10, 2009.

"Fool" is a film, directed by Nam Gi-nam.

Phrases starting with the word Fool:

Phrases ending with the word Fool:

Other phrases containing the word Fool:

View more phrases with the word Fool in thesaurus!

Printed books with definitions for Fool

The Humorous Fool is the fool who never amuses anybody except himself.

The Stupid Fool is the acme and crown, the ne plus ultra of foolishness. This is that sublimity of...

The FOOL is an alchemist, transforming fear into opportunity. The FOOL is willing, if necessary, to go it alone.

The fool is the person who seems to know everything about anything, yet has no real desire to learn something.

The Great Secret or Occultism Unveiled (2000)

Galileo was not condemned by the Church, but by the fools who, unfortunately, belonged to the Church. Folly is a wild beast which has the composure of innocence; it assassinates without remorse. The fool is the bear in La Fontaine's fable; ...

Flight of the Feathered Serpent (1983)

Above the Fool is a bright white light, and behind him The Fool to the left of the card, the upper portion of the sun's disk. In front of the Jaguar's jaw, on the plinth of the Sorcerer's platform, is the figure of an old man navigating a canoe in which ...

The fool is that side of us that knows the truth of what we speak, but may be unable to convince others.

The Fool is a fascinating archetype, since it combines the contradictory aspects of idiocy, wisdom, innocence and the Trickster. It is thus a...

One classic example of the Fool is the one who pops up in so many of Shakespeare's plays. (In 'Two ...

Online dictionaries and encyclopedias with entries for Fool 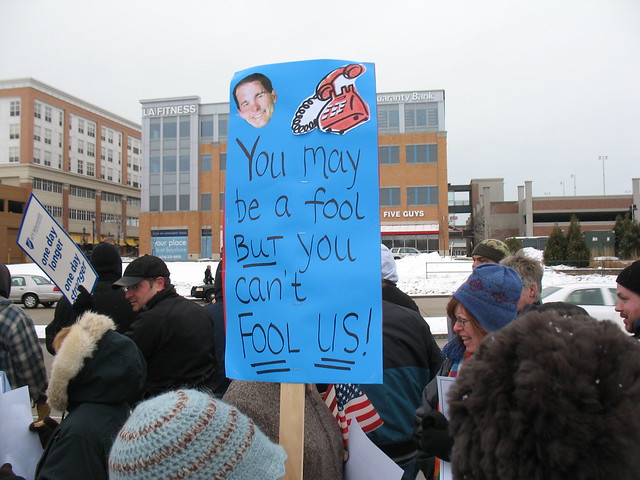 View more videos about The Fool, Act a Fool, April Fool, Fool About, Fool Around, motley fool, Make a Fool of, and A Fool and His Money.

A fool who knows he is a fool has a little intelligence, but a fool that thinks he is intelligent is really a fool.
more quotes about fool...