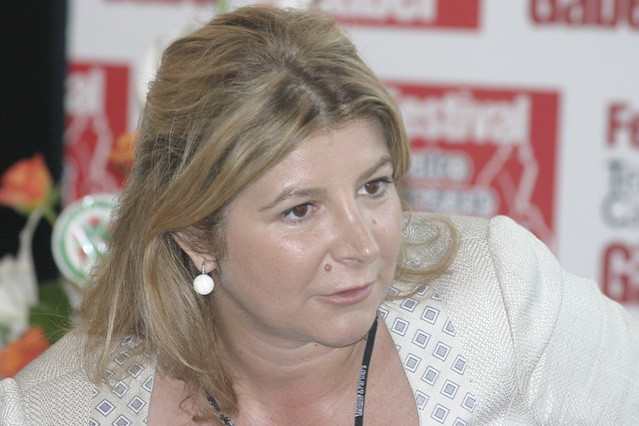 Gaber is a costume designer.

"Gaber" is a musical album of Giorgio Gaber.

Printed dictionaries and other books with definitions for Gaber

Beyond Sidi Gaber is a Château, built in 1891 as a summerresidence by the mother of the present Khedive. The Catacombs situated to the N.E. of this point are almost entirely destroyed. – The train now passes a series of villas and gardens ...

Mohamed Medhat Gaber is a reader in the School of Computing Science and Digital ...

John Gaber is a professor in the Department of Political Science ...

Rabbi Aaron Gaber is a graduate of the Jewish Theological ...

Gaber (2000, 2006) has proposed a second alternative paradigm to the client/ server one for service composition that suits pervasive environments. This paradigm involves the concept of spontaneous emergence and is called the spontaneous ...

Calmet's Dictionary of the Holy Bible, as Published by the Late Mr. Charles Taylor, with the Fragments Incorporated. The Whole Condensed and Arranged in Alphabetical Order. Illustrated with Maps, and Engravings on Wood (1852)

EZION GABER. Wilderness of Zin, or Kadcsh. Mount Hor. '/.alinonah, Punon. Oboth. Kc-abarim, near Moab. Dibon Gad. Almon Diblathaim. Mount Abarim. By Jordan, opposite Jericho. EXODUS. In the edge of the Wilderness. By the Red sea.

From Ezion Gaber, easttcard, to the Jordan. — In advancing from the station of Ezion Gaber, the next place named is the Wilderness of Zin. We cannot suppose, the progress of the Israelites having lately been wholly easterly, that they are now ...

(Derived by Skinner from gaber, French, to cheat; by others conjectured to be formed by corruption from jabber.

An Universal Etymological English Dictionary Comprehending the Derivations of the Generality of Words in the English Tongue, ... and Also a Brief and Clear Explication of All Difficult Words Derived from Any of the Aforefaid Languages; ... Together with a Large Collection and Explication of Words and Phrases Us'd in Our Ancient Statutes, ... By N. Bailey (1724)

Jabberish from Jabber, or o gaber, F. gabbare, Ital. to Put a frick on] nonfenfical Talk, Pedlars Frencb. - GIBBERUS, [in Anatomy] the backward and larger Knob of the Bone of the Arm called Ulsa. A GIBBET, a great Cudgel, fuch as they throw ...

Online dictionaries and encyclopedias with entries for Gaber