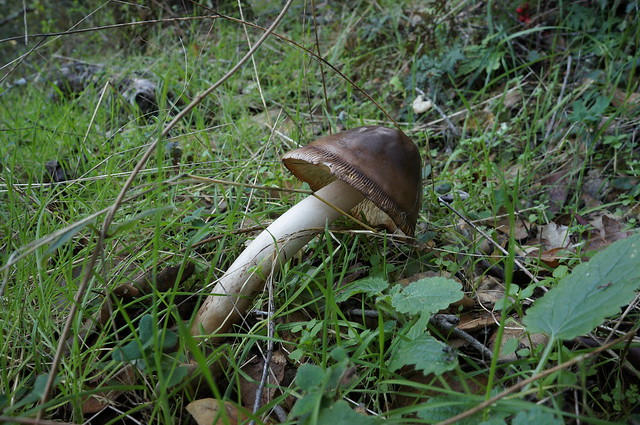 Definition of the noun Grisette

What does Grisette mean as a name of something?

Grisette: The word grisette has referred to a French working-class woman from the late 17th century and remained in common use through the Belle Époque era, albeit with some modifications to its meaning. It derives from gris, and refers to the cheap grey fabric of the dresses these women originally wore. The 1694 edition of the Dictionnaire de l'Académie française described a grisette as simply "a woman of lowly condition". By the 1835 edition of the dictionary, her status had risen somewhat.

Printed dictionaries and other books with definitions for Grisette

A grisette is a treasure Because, with no real exertion Or even a ballroom excursion, ...

The grisette is an extinct animal, having evolved into the model or the cocotte, and though one sees in these cafes evidences of the fact that life in the Latin Quarter may still be loose, the students' trousers are not nearly so loose as they were ...

The grisette is an extinct animal, having evolved into the model or cocotte, and though one sees in these cafes evidences of the fact that life in the Latin Quarter may still be loose, the students' trousers are not nearly so loose as they were ...

grisette A grisette is a common edible woodland mushroom, or a young working- class ...

The Dictionary of Science for Gardeners (2015)

The Stanford Dictionary of Anglicised Words and Phrases (1892)

A Cyclopaedia of Costume Or Dictionary of Dress, Including Notices of Contemporaneous Fashions on the Continent: A general history of costume in Europe (1879)

and wool, or ferrandine, composed of silk and cotton ; serge, and other inferior manufactures, especially one called grisette, from its colour, whence the name of grisette, which subsequently became the appellation of girls of all occupations.

A Concise Etymological Dictionary of the English Language (1895)

GRISETTE, gre'zet' (Fr.). A sort of woolen cloth, so called from its gray color, frequently worn by the French women of the lower class. Hence the name is applied to young women employed as shop girls, sewing girls, chambermaids, etc.

grisette (= Sp. griseta = It. grisetto), a sort of gray fabric (see def. 1), dim. of gris, gray: see grise4.] 1. Ori£ a sort of gray woolen fabric, much used or dresses by women of the lower classes in France: so called from its gray color. Hence –2.

Online dictionaries and encyclopedias with entries for Grisette

See also the blanagrams of Grisette!

Go to the usage examples of Grisette to see it in context!