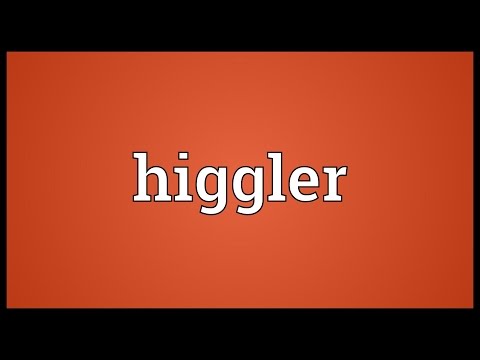 Definition of the noun higgler

What does higgler mean as a name of something?

Printed dictionaries and other books with definitions for higgler

For the market higgler is an icon of lower-class life, and business remains a sometimes slippery domain in which to retain middle-class feminine respectability. On the other hand, so widespread is the public visibility of women across the ...

A higgler is a person, usually a woman, who buys up small quantities of produce from various families and takes it into one of the bigger markets. In this case they usually go to Linstead, Heading the list of crop problems is that of shortage h3.

From Concepts to Conflicts by Rosanna Masiola, renato tomei

A higgler is an itinerant dealer, a huckster, 'formerly an itinerant peddler, now also one who brings produce into a market to sell'; (DJE). Both terms are obsolete in British language usage. Newspaper comments posted highlight the emotional ...

or, The History of a Young Lady by Samuel Richardson

A higgler is a peddler; a panier (pannier) is a pair of baskets or bags usually slung over a beast of burden.

A true higgler is a feisty traveling woman who carts produce from the countryside into town every weekend on an overloaded bus or a cooperatively hired and similarly packed truck. The cost of transportation is high, and profits are low, but by ...

The higgler is a merchant- buyer who comes regularly to the area in search of agricultural products. There are many higglers and farmers become "clients" of some of them. As clients they enjoy some privileges such as credit on future crops.

The Allsides post Peasants. A social assessment of the small Hillside Farmer at the GOJ/IICA Allsides Project Area

The higgler is a merchant- buyer who comes regularly to the area in search of agricultural products. There are many higglers and farmers become "clients" of some of them. As clients they enjoy some privileges such as credit cn future crops .

A higgler is a person who carries from door to door and sells by retail provisions, &c. (Wharton's Law Lexicon.) Parliamentary Registration Acts — Joint occupation in borough, what amounts to. A., B., and C. agree to live together. The furniture ...

higgler." — Skeat. This would be a natural view of the relation between the two words if we looked no farther. But a consideration of the German correlatives shows that the connection of higler with the notion of haggling is deceptive, ...

A pronouncing and spelling dictionary. To which is now added, A short ... grammar of the English language (1772)

English and Burmese by Charles Lane

Online dictionaries and encyclopedias with entries for higgler

Video shows what higgler means. A person who trades in dairy, poultry, and small game animals.. A person who haggles or negotiates for lower prices.. higgler ...